Games of the Week: Week 6 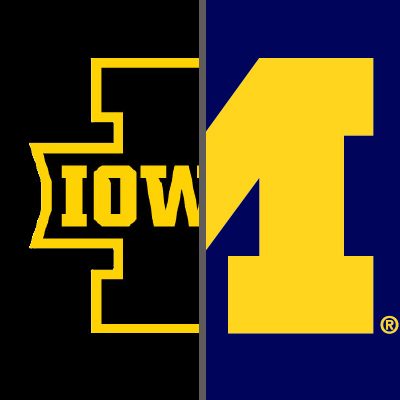 Iowa has been steady this season, cruising out to a 4-0 start for the first time since 2015, a season which ended in Pasadena. But the Hawkeyes have only faced adversity once this season – in week three against rival Iowa State. Against the Cyclones, Iowa entered the fourth quarter down, 14-9, but rallied to win, 18-17. The bread-and-butter for the Hawkeyes is running the football and Iowa has three solid backs this season. Juniors Mekhi Sargent and Toren Young, along with freshman Tyler Goodson, have combined for 652 yards on 131 carries. When the backs get going, the field opens up for senior quarterback Nate Stanley, who has thrown for 965 yards and eight touchdowns without an interception in 2019.

The Hawkeye defense is among the best in the country to this point in the season. Iowa ranks third in scoring and total defense, allowing just 8.5 points and 251 yards per game. This is despite the fact that the Hawkeyes have yet to get much pressure behind the opponents’ line of scrimmage. Iowa ranks 113th in sacks per game and 130th (of 130) in tackles for loss per game. Junior defensive end A.J. Epenesa, who had 10.5 sacks in 2018, has just one sack so far this season. But it’s tough to keep one of the best pass rushers in the country down and Epenesa could break out in any game.

Two weeks ago, after a loss at Wisconsin, it appeared the sky was falling in Ann Arbor. Fast forward to last week and the Wolverines (3-1) looked like their usual selves as they cruised past Rutgers, 52-0. Senior quarterback Shea Patterson threw for 276 yards and scored four total touchdowns in the win, ending any ideas of injuries hampering the Michigan signal caller. Freshman running back Zach Charbonnet had just five carries against Rutgers, but he was nursing an injury and the limited action should put Charbonnet in a position to be full-go against the Hawkeyes. In other improving injury news, junior stand-out receiver Donovan Peoples-Jones had been hampered by injury this season, with just one catch through the first four games. Against Rutgers last week, Peoples-Jones caught four passes for 62 yards and appeared fully healthy.

On defense, Michigan is good, but not as great as the last few years. The step-back was expected as the Wolverines have lost a lot of players to the NFL over the last several years, but the early season struggles have been surprising. The strength of the Michigan defense lies in the secondary, where the Wolverines rank third in the country allowing just 128 passing yards per game. Against the run, however, Michigan is feeling the effect of the losses and has allowed 168 yards per game, with ranks 89th nationally and 13th in the Big Ten.

Historically, Michigan has dominated this series, but the Hawkeyes have won five of the last six meetings. Those five wins have come by an average of 4.8 points, while the one Wolverine victory was by 25, 42-17, in 2012. If Iowa can run the ball successfully, they have a good chance to win a close game. Michigan’s best shot at victory comes by forcing the Hawkeyes to throw the ball. 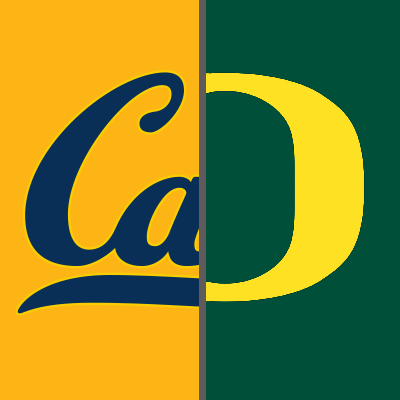 The Cal Bears have been one of the biggest surprises in college football this season. Despite the loss last week to Arizona State, the Bears are 4-1, including a victory over Washington in week two. But Cal will be without starting quarterback sophomore Chase Garbers, who suffered a shoulder injury in the first half against Arizona State. The Bears will turn to junior UCLA transfer Devon Modster, who is 6-for-15 passing for 39 yards this year in limited action. In 2017, Modster played in five games and threw for 671 yards with four touchdowns and no interceptions for UCLA. But Modster won’t be relied on too heavily as sophomore running back Christopher Brown, Jr. has been one of the top backs in the Pac-12 this year with 389 yards on 91 carries.

The Cal defense is widely regarded as one of the best in the Pac-12, if not the country. The strength of the defense starts with middle linebacker Evan Weaver, who was a second-team All-American in 2018 and hasn’t slowed down this season. Weaver leads the nation in solo (43) and total tackles (78) this season, including 4.0 tackles for loss and 0.5 sacks. On the back-end of the defense, the Bears secondary appeared poised for another great season. Cal returned its top five players from the secondary in 2018, but the Bears rank 57th nationally in passing yards allowed. With just two interceptions this year, the secondary also hasn’t created as many turnovers as they did a year ago. But any defense with Weaver in the middle has a strong chance to shut down opponents.

Oregon opened the season with a heart-breaking, last minute loss to Auburn. Since week two, the Ducks have outscored opponents 133-15 in the last three games and appear to be the team the experts thought they would be. Senior quarterback Justin Herbert could have been a top-pick in the NFL Draft last April, but returned to school and has been better than ever. Herbert is completing nearly 75-percent of his passes and has thrown for 14 touchdowns without an interception through four games. The Ducks also have a strong rushing attack, led by sophomores CJ Verdell and Travis Dye, who have combined for nearly 400 yards this season.

The Ducks are statistically the best defense in the Pac-12. Oregon leads the conference in total defense and ranks 10th in the country allowing just 262 yards per game. The Ducks also lead the Pac-12 in scoring defense, surrendering just 10.5 points per game. Oregon has been extremely balanced this season as no player has more than 25 tackles. The Ducks have 12 players with at least half a sack and rank No. 8 in the country team sacks, averaging nearly four sacks per game. Sophomore safety Jevon Holland is second the team in tackles and leads the team with two interceptions, while junior cornerback Thomas Graham, Jr. has an interception and a team-high four pass breakups.

This game is strength on strength. Despite how strong the Ducks defense has been this season, the Oregon offense is the engine of the team. This game will come down to how the Ducks can move the ball against the Bears defense. A high-scoring game will favor Oregon, while a close game will lean towards the Bears. 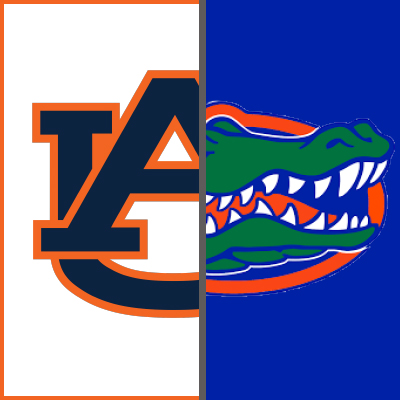 The only matchup of undefeated teams this week is between these two top-10 ranked SEC rivals. The fact Auburn and Florida haven’t played since 2011 had made this the most anticipated game of the week.

True freshman quarterback Bo Nix may not have the most eye-popping numbers (980 passing yards, seven touchdowns), but his presence and impact on the Tigers is evident. Nix, in his first collegiate game, led Auburn down the field for a game-winning touchdown in the final moments of a nationally televised game against Oregon. They say a young quarterback’s best friend is a strong rushing attack and Auburn certainly has a claim to that. Sophomore running back JaTarvious Whitlow has racked up 463 yards on 92 carries and found the endzone seven times this year. Nix also has a couple veteran receivers, junior Eli Stove and sophomore Seth Williams, who lead the team in catches, receiving yards and touchdowns.

The Auburn defense has a star in the making. Senior defensive tackle Derrick Brown is widely regarded as the best defensive lineman in the country and has the potential to be the first defensive player taken in the next NFL Draft. But Brown is just one piece of the Tiger’s defense, which is considered one of the best front sevens in college football this season. Auburn has stymied opponents run game, holding them under 100 rushing yards per game. Junior linebacker K.J. Britt anchors the middle of the defense and is among the team leaders in tackles with 26 this season. The Tigers have just one interception this year but have forced and recovered four fumbles.

The Gators are off to a 5-0 start in 2019, including the last two wins with backup quarterback junior Kyle Trask under center. Season-opening starting quarterback, junior Feleipe Franks, was injured in the week three win over Kentucky, 29-21. Trask has stepped in and played admirably, completing nearly 80-percent of his passes for 481 yards, four touchdowns and two interceptions in the last two starts. Senior running back Lamical Perine is the Gator’s top rusher but is averaging just 3.6 yards per carry this season. Sophomore running back Dameon Pierce has picked up the slack and is averaging 5.9 yards per carry on about half the number of carries as Perine. Senior Van Jefferson leads an athletic receiving corps with 18 catches for 248 yards and a touchdown.

Florida’s defense has pitched two shutouts so far this season and rank among the nation’s best in scoring defense (5th), red zone defense (1st), interceptions (1st), sacks (2nd), and tackles for loss (7th). So not only do the Gators put pressure on opposing quarterbacks, they take the ball away when given the opportunity. Florida has 17 different players who have recorded a sack this season, led by senior linebacker Jonathan Greenard with four. Top defensive backs, freshman Kaiir Elam and junior Shawn Davis, have recorded two interceptions each to lead the team, while five other players have also recorded interceptions.

This game should come down to Auburn’s offensive line against Florida’s front seven. The Gators live in the opponents’ backfield, but the Tigers rank second in the SEC in fewest sacks allowed. This will be a good, old-fashioned battle in the trenches.