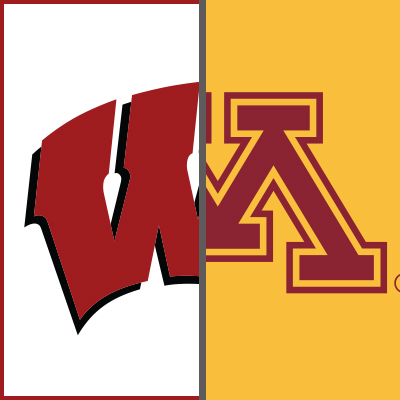 The Battle for Paul Bunyan’s Axe is the most played rivalry in major college football history. This may be the most important game all-time in the series as the winner will win the Big Ten West and play in the Big Ten Championship Game.

Wisconsin (9-2, 6-2 Big Ten) started the season with six straight wins, then lost to Illinois and Ohio State, but has bounced back with three more victories.

The Badgers offense lives and dies on the legs of junior running back Jonathan Taylor, who last week broke the NCAA record for career rushing yards through three seasons. Taylor ranks second nationally this season with 1,685 yards and leads the country with 22 total touchdowns (18 rushing, four receiving). When the Badgers potent rushing attack is rolling, Wisconsin has a surprisingly successful passing offense. Junior quarterback Jack Coan leads the Big Ten with a 72.7 percent completion percentage, while the receiving quartet of A.J. Taylor, Quintez Cephus, Danny Davis, and Kendric Pryor make plays through the air and on the ground.

Defensively, the Badgers started the year on a historic run. Wisconsin recorded shutouts in four of its first six games and didn’t allow a point against non-conference foes. In the last five games, the Badgers have allowed at least 21 points, but in the top-ten in total defense and scoring defense. Wisconsin has been among the nation’s best in stopping opponents on third down and forcing three-and-outs. The linebacking trio of senior Chris Orr, senior Zack Baun, and sophomore Jack Sanborn are the heart and soul of the defense. Orr leads the team in tackles and sacks, while Baun leads the team in tackles for loss.

The Gophers defense ranks No. 10 nationally in total defense and is one of only a handful of teams that holds opponents under 200 yards passing and under 150 yards rushing. Sophomore safety Antoine Winfield Jr. is a big reason for the success against the pass and the run. Winfield leads Minnesota in tackles, has tallied three sacks and intercepted a team-high seven passes. If the Gophers have a weakness on defense, it’s their inability to force their opponents into negative plays. Minnesota averages just less than 2.5 sacks and just under 5.0 tackles for loss, but senior linebackers Thomas Barber and Kamal Martin are some of the surest tacklers in the Big Ten.

It looks like this one could be played in the snow, so the ground game and turnovers will play a large factor. Wisconsin is better at rushing and defending the run, but the Badgers have struggled with fumbling lately. Minnesota has been one of the best teams in the country this season at not beating themselves as they rank among the nation’s leaders in fewest penalties and turnovers.

Nicknamed the “Civil War”, Oregon and Oregon State sit less than 50 miles apart. The Ducks have won 10 of the last 11 meetings, but this is the best Beavers squad in more than five years.

Offensively, Oregon State is vastly improved from a year ago. Senior quarterback Jake Luton has played himself into being an NFL prospect. Luton has the size (6’7”, 229 lbs.) NFL teams covet, but this year he is proving he has the skills. Luton has nearly 2,800 passing yards this season with 28 touchdown passes to just three interceptions. The running back duo of senior Artavis Pierce and sophomore Jermar Jefferson have combined for 1,452 yards and 13 touchdowns. Junior receiver Isaiah Hodgins has been one of the best pass-catchers in the Pac-12 this season as he leads the conference with 13 touchdown catches, ranks second with 7 receptions per game and third 1,086 receiving yards.

The Beavers defense has been up-and-down all year. Oregon State ranks No. 108 in scoring defense and No. 110 in total defense, but is also the No. 1 in the Pac-12 in tackles for loss and is among the league leaders in sacks. Junior linebacker/defensive end Hamilcar Rashed Jr. is a big reason for those numbers as he leads the country with 22.5 tackles for loss and is second nationally with 14 sacks, both of which are Oregon State single-season records. Rashed has multiple sacks in five games this season and multiple tackles for loss in six.

Oregon (9-2, 7-1 Pac-12) had already captured the Pac-12 North title, but the Ducks had College Football Playoff aspirations until a loss at Arizona State, 31-28, last weekend.

On offense, Oregon is the best all-around offense in the Pac-12. The Ducks are the No. 3 passing offense and No. 2 rushing offense in the conference. Senior quarterback Justin Herbert will go down as one of the best quarterbacks in Ducks history. Herbert has thrown for 2,966 yards this season and 30 touchdowns and has a plethora of receivers to throw to. Junior Johnny Johnson III leads the team with 45 catches, while junior Jaylon Redd is right behind him with 42 catches and leads the team with seven touchdown catches. Senior transfer Juwan Johnson has come on late and become a big-play receiver for the Ducks. In the running game, sophomore C.J. Verdell has emerged as the lead back and has a chance to surpass 1,000 yards on the season with 87 yards against Oregon State.

Despite how good the Ducks offense has been in 2019, their defense may be better. Oregon is ranked first or second in the Pac-12 in the following defensive categories: total defense, scoring defense, rushing defense, passing efficiency defense, interceptions, sacks, tackles for loss, and turnovers gained. The Ducks lead the nation with 17 passes intercepted this season and have had 11 different players pick off a pass in 2019. Sophomore cornerback Jevon Holland and freshman safety Verone McKinley III each have four interceptions this season. Senior linebacker Troy Dye is the undisputed leader of the defense and has led the team in tackles in each of the last three seasons.

The biggest question in this game is how Oregon will respond to the loss at Arizona State. The Beavers have the talent to put up a lot of points, even against a stingy Ducks defense. This one could be a barn-burner. 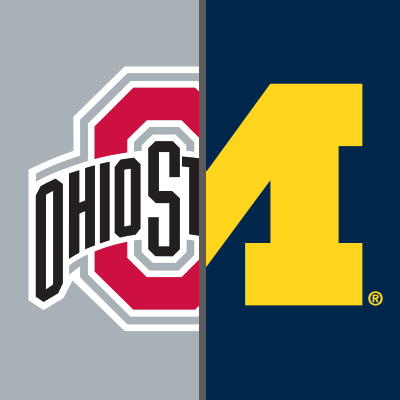 “The Game” has been one-side this millennium as the Wolverines have just three wins, but the Wolverines and Buckeyes are both playing at a high level right now, setting up an epic battle.

Ohio State (11-0, 8-0 Big Ten) has left no doubt that they are the best team in America so far in 2019.  The Buckeyes have the No. 1 scoring offense and No. 1 scoring defense, with an average margin of victory of 39.1 points this season.

On offense, the Buckeyes seemingly have no weakness. Sophomore transfer quarterback Justin Fields is playing like a Heisman Trophy contender, with 43 total touchdowns and just one interception. Fields’ has spread the ball around the field as Ohio State has four receivers that could start anywhere in the country. Senior K.J. Hill is just five catches away from breaking the school record for career receptions. Sophomore Chris Olave leads the team in receiving yards and the Big Ten with 10 touchdown catches. Senior Binjimen Victor leads the team by averaging 16.6 yards per catch. And even with Fields and a stable of great receivers, the Buckeyes’ most important offensive player may be junior running back J.K. Dobbins. The La Grange, Texas native has run for more than 1,000 yards for the third straight season and has scored 15 touchdowns on the ground. Dobbins has averaged at least 4.3 yards per carry in every game this season.

Ohio State has a potential Heisman Trophy finalist on defense as well. Junior defensive end Chase Young leads the nation in sacks with 16.5, despite missing two games due to suspension. Young has more than one sack in six of nine games this season, including seven sacks in his last two games. The star defensive end has also forced seven fumbles this season, which ranks second nationally. Behind Young, the Buckeyes have one of the most experienced groups of linebackers and secondaries in the country. The linebacking corps of senior Malik Harrison and juniors Pete Werner and Tuf Borland have combined for more than 150 tackles. Senior safety Jordan Fuller is one of the best in the country and junior cornerback Jeff Okudah will be a 2020 first-round NFL Draft pick.

Michigan (9-2, 6-2 Big Ten) has had a rollercoaster of a season but has played its best football over the last month.

The Wolverine offense had a slow start to the year but has averaged 41.5 points per game over the last four. In that time frame, senior quarterback Shea Patterson has completed 64 percent of his passes for 1,001 yards, 12 touchdowns, and no interceptions. Patterson has found a different receiver to be his go-to target each game. Junior Donovan Peoples-Jones caught a touchdown in a stormy win over Notre Dame. Sophomore Ronnie Bell caught nine passes for 150 yards in the victory over rival Michigan State. Junior Nico Collins tallied six catches for 165 yards and three touchdowns in the win at Indiana last weekend. With the rise of the passing attack, the Michigan running game has slowed down, but freshman Zach Charbonnet has 11 touchdowns on the ground and leads the team with 635 rushing yards.

The Michigan defense is starting to show signs of what they were two and three years ago. The Wolverines rank 10th in scoring defense and fourth in total defense, allowing just 16.2 points and 267 yards per game. Michigan has been exceptional against the pass, surrendering just 161 yards per game through the air. The combination of great pass rushers and an experienced secondary is the perfect recipe for an elite pass defense. Senior defensive end Josh Uche (8.5 sacks) and junior defensive end Kwity Paye (6.5 sacks) lead the team in sacks and tackles for loss. Senior cornerback Lavert Hill and senior safety Josh Metellus have combined for five interceptions and combine to be one of the best secondary tandems in the Big Ten.

Michigan is playing their best football of the year right now, but it will take a perfect game to beat Ohio State, who is playing like the best team in America. The Buckeyes have already won the Big Ten East, but have College Football Playoff dreams. The Wolverines have a chance to spoil that perfect season and give Jim Harbaugh his first career coaching win against Ohio State.