Games of the Week: Conference Championships 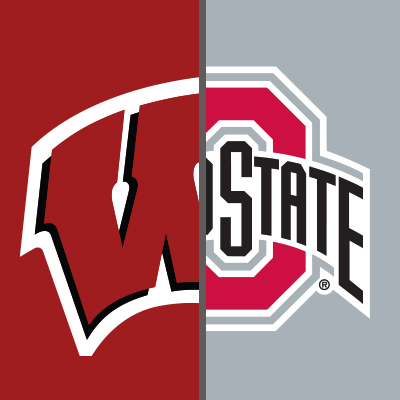 The Badgers and Buckeyes will meet for the second time this year in Indianapolis for the 2019 Big Ten Championship Game. Ohio State won the first meeting in Columbus, 38-7.

Wisconsin (10-2, 7-2 Big Ten) has had three stages to their season. The Badgers started 6-0 and shutout opponents in four of those first six games. Then Wisconsin dropped a pair of games at Illinois and at Ohio State to fall to 6-2. The Badgers finished the regular season on a four-game winning streak, including wins over No. 16 Iowa and No. 18 Minnesota.

On offense, Wisconsin is led by the 2018 Doak Walker award winner (best running back in the nation), Jonathan Taylor. The junior running back has set the NCAA record for the most rushing yards through a junior season, as well as the most yards in any three-year span. This season, Taylor has rushed for 1,761 yards and scored 25 total touchdowns. The Badgers also have an efficient passing attack led by junior quarterback Jack Coan, who ranks third nationally with a 72.3 percent completion percentage. Coan’s top target is junior receiver Quintez Cephus, who leads the team with 45 catches, 720 receiving yards, and six touchdowns.

Defensively, the Badgers haven’t been quite as good as their early-season dominance but are still playing respectably. Wisconsin ranks No. 9 in the country in scoring defense, holding opponents to 14.6 points per game, and No. 6 nationally in total defense, surrendering just 277 total yards per game. The Badgers have improved drastically in the last year at getting to opponents quarterbacks and rank fifth in the country at 3.67 sacks per game. Senior linebackers Zack Baun and Chris Orr have been the catalyst for the change as they both rank in the top-10 in the country in sacks.

Ohio State (12-0, 9-0 Big Ten) has been the best team in the country this season. The Buckeyes have won every game by double digits and 11 of their 12 games by at least 24 points.

Offensively, Ohio State has the No. 1 scoring offense in the nation, scoring 49.9 points per game, and the No. 5 total offense, accumulating 534.3 yards per game. Sophomore quarterback Justin Fields has played like a Heisman Trophy-finalist by throwing for 37 touchdowns compared to just one interception while adding 10 scores rushing. Junior running back J.K. Dobbins has also been among the nation’s best runners and tallied 1,657 yards and 19 touchdowns on the ground. When it comes to receivers, Ohio State has one of the best groups in the country. Sophomore Chris Olave has emerged as the Buckeye’s best deep threat, while seniors K.J. Hill, Binjimen Victor, and Austin Mack are as steady as can be. Emerging late in the season is true freshman Garrett Wilson, who tallied 118 yards and a score in the win over Michigan last week.

As good as the Buckeyes have been on offense, their defense is just as good, if not better. Junior defensive end Chase Young is a future top pick in the NFL Draft and has 16.5 sacks this season. The linebacking corps of seniors Malik Harrison and juniors Tuf Borland and Pete Werner are among the most experienced and accomplished groups in the country. In the secondary, junior cornerback Jeff Okudah will play on Sundays next fall, while seniors Damon Arnette and Jordan Fuller have been solid all year. Altogether, this group of Buckeyes will likely go down as one of the best in school history and rank in the top-five in most defense categories.

In their first meeting, Ohio State led by just three, 10-7, early in the second half. Then, turnovers hurt the Badgers and the Buckeyes pulled away late. The key for Wisconsin in this game will be to find a way to block Chase Young and slow down the Buckeye offense. Ohio State, on the other hand, will need to contain Jonathan Taylor and force Wisconsin to win by throwing the ball. 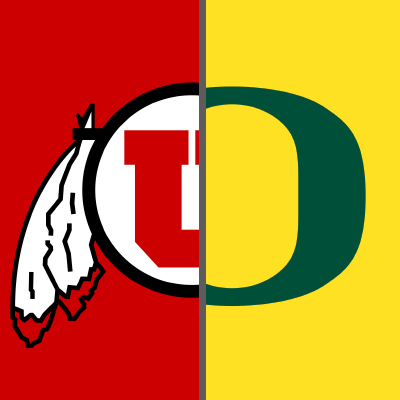 The Pac-12 crown will come down to the Utes and the Ducks, the two teams who were predicted to win their respective divisions in the conference’s preseason poll.

Utah (11-1, 8-1 Pac-12) suffered their only loss of the season at USC on a short week in September. Since then, the Utes have rattled off eight straight wins and won seven of those games by at least 22 points.

On offense, Utah has a senior one-two punch of quarterback Tyler Huntley and running back Zack Moss. Huntley has garnered some Heisman talk for his calm, efficient play, and ranks second nationally in completion percentage (75.5 percent) and is fifth in the country in passing efficiency rating (188.6). Huntley has thrown for 16 touchdowns, with just two interceptions, and added 255 yards and five scores running. Moss holds school records in career rushing yards (3,897), career carries (677), career rushing touchdowns (38), career 100-yard rushing games (18) and career touchdowns scored (40). He is the first Ute to have three 1,000 yard rushing seasons in a career and has 1,246 yards this season with 15 touchdowns. Sophomore tight end Brant Kuithe has become the top receiving target for Utah and has scored six touchdowns (three receiving, three rushing) in the last three games.

Defensively, Utah is the top defensive in the Pac-12 and one of the best in the nation. The Utes lead the conference in rushing defense, scoring defense, passing efficiency defense, scoring defense and total defense. Utah has allowed opponents to score more than 17 points just twice all season. Senior defensive lineman Bradlee Anae was named first-team All-Pac-12 this week and is seventh in FBS with 12.5 sacks this year. At linebacker, the Utes have a pair of tackling machines in senior Francis Bernard and sophomore Devin Lloyd. Utah has a pair of All-Pac-12 performers in the secondary in junior cornerback Jaylon Johnson and senior safety Julian Blackmon. Blackmon is tied for the Pac-12 lead with four interceptions this year, while Johnson leads Utah with 10 passes broken up.

Oregon (10-2, 8-1 Pac-12) lost a heartbreaker in their opening game of the season, 27-21, to Auburn, but then won nine consecutive games. Two weeks ago, however, the Ducks fell to Arizona State, 31-28, before bouncing back with a victory over rival Oregon State to finish the season.

The Ducks offense is fairly balanced between run and pass. Senior quarterback Justin Herbert will go down as one of the best quarterbacks in school history and has played well in his final season. Herbert has thrown for 3,140 yards, 31 touchdowns, and five interceptions. On the ground, Oregon has a three-headed monster made up of sophomores CJ Verdell, Travis Dye, and Cyrus Habibi-Likio. Verdell (963 yards, five touchdowns) is the early downs back, Dye (642 yards, zero touchdowns) is the change of pace back, while Habibi-Likio (310 yards, 10 touchdowns) is the goal line back. Junior receiver Johnny Johnson III has been Herbert’s favorite target since senior tight end Jacob Breeland went down with an injury. Johnson leads the team with 49 catches for 731 yards and six touchdowns. Junior receiver Jaylon Redd leads the team with seven receiving scores.

Defensively, this will go down as one of the best Oregon defenses in recent history. Since the expansion to the 12-game regular season, no Duck defense has allowed fewer points than this year’s squad (189). Oregon has held 11 of its 12 opponents under their current season scoring average, including seven to at least 10 points below their average. Additionally, the Ducks have held opponents to 331 yards per game, a program-best since 2009. Going back even further, Oregon is allowing just 106 rushing yards per game, which is the fewest for the Ducks since 2003. The Ducks secondary is a “no-fly zone” and has intercepted 17 passes this season, best in the Pac-12 and second in the nation.

Oregon and Utah didn’t meet in the regular season but were the two best teams in the conference. Both teams have impressed on offense and defense, but in championship-type games, defense usually wins out. The team that makes fewer costly mistakes (turnovers, penalties) should come out victorious.