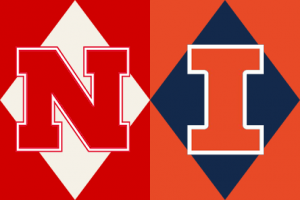 The Huskers and Illini kickoff the college football season with coaches on opposite ends of the proverbial “hot seat”.

Nebraska’s Scott Frost enters his fourth season and most pundits would say he is feeling the heat. The former Husker quarterback is just 12-20 as the head coach in Lincoln. He led UCF to a 19-7 mark in his two seasons prior to joining Nebraska. This year, Frost should have the most experienced defense he has had and returns dual-threat quarterback Adrian Martinez for his fourth season as a starter.

Illinois, on the other hand, is looking for a fresh start with a familiar face. Former Wisconsin and Arkansas head coach Bret Bielema has returned to his home state to takeover the Illinois program. The Illini are hoping to have their first winning season in a decade and hope Bielema is the man to get them over the hump. One factor that may weigh heavily into Illinois’ success this season is that they are one of the most experienced teams in the country. The Illini list 42 seniors on their roster, including 22 super seniors who gained an extra year of eligibility due to COVID-19.

Nebraska has won six of eight meetings with Illinois since the Huskers joined the Big Ten, but the Illini won in Lincoln last fall, 41-23. The Cornhuskers are the favorite heading into this game but despite the improved defenses, this could be another high-scoring affair. 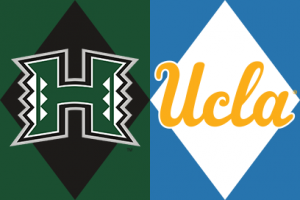 The Bruins start their 2021 season against a Hawai’i team with a head coach who knows a thing or two about the Pac-12.

Hawai’i has had three straight winning seasons, including last year under first-year head coach Todd Graham. The former Arizona State coach led the Sun Devils from 2012 to 2017, compiling a 46-32 record, including a Pac-12 South title in 2013. This year, Hawai’i won’t feature the high-flying offenses we’ve come to know from the Warriors, but their defense should be stout. With nearly everyone returning from a strong defensive effort in 2020, Hawai’i could contend for a trip to the Mountain West title game.

Going into a fourth season under Chip Kelly, expectations are high for UCLA. The Bruins return quarterback Dorian Thompson-Robinson for his fourth year as a starter and added a transfer running back in Zach Charbonnet from Michigan to pair with last year’s transfer tailback, Brittain Brown. If the Bruin’s improved defense from 2020 carries over into 2021, the pieces are in place for UCLA’s best season under Kelly. UCLA will be looking to head to their first bowl game since 2017 and have their first season above .500 since 2015.

The Bruins are a heavy favorite in this contest but this Hawai’i squad is looking to prove itself and won’t go down without a fight.