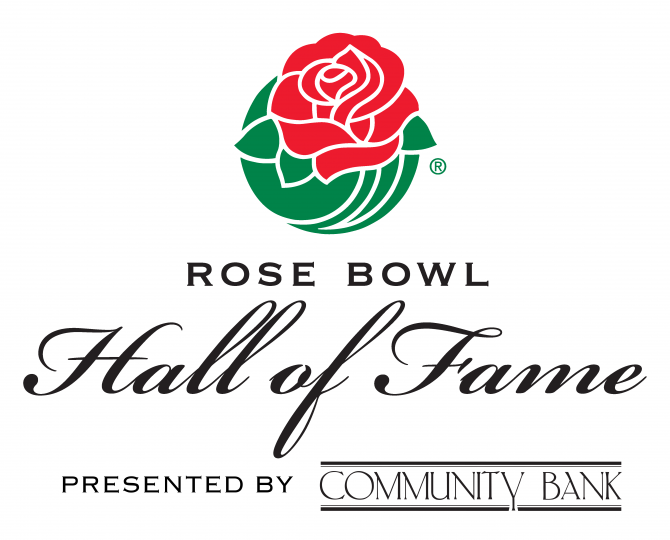 The Tournament of Roses announced today that Mack Brown, Cade McNown, Charles Woodson and Dr. Charles West will be inducted into the Rose Bowl Hall of Fame as the Class of 2017.

The Rose Bowl Hall of Fame Induction Ceremony will take place at noon PT on December 30, 2017, outside of the Rose Bowl Stadium, two days prior to the kickoff of the 2018 College Football Playoff Semifinal at the Rose Bowl Game presented by Northwestern Mutual. This year’s game will feature two of the top four teams in the country, with the matchup of the No. 1 and No. 4 teams or the No. 2 versus No. 3, on Monday, January 1.

“These four individuals epitomize what the Tournament of Roses and Rose Bowl Game stand for,” said Tournament of Roses Football Committee Chair Brad Ratliff. “This class has exhibited strength, passion, tradition and honor in relation to college football, but also in making a difference in their communities.”

Mack Brown, former head coach at the University of Texas, coached the Longhorns to victory in the 2005 and 2006 Rose Bowl Games. In the 2005 Game, the Longhorns defeated the Michigan Wolverines, 38-37, with a 37-yard field goal as time expired. The following year, Brown led Texas to the BCS National Championship at the Rose Bowl Game against the University of Southern California. In what has been described as the greatest bowl game of all-time, Brown and Texas overcame a 12-point deficit in the final 4:03 to beat the Trojans, 41-38. Along with the National Title, Brown won the Paul “Bear” Bryant Coach of the Year Award for the 2005 season. In 2009, Brown once again led Texas to Pasadena in January as the Longhorns played in the 2010 BCS National Championship, but lost to the University of Alabama, 37-21. Brown retired following the 2013 season with an overall record of 244-122 and led his teams to a bowl game in 21 of his final 22 years of coaching.

Cade McNown led the UCLA Bruins to a record 538 yards of total offense in the 1999 Rose Bowl Game, one of the highest scoring Rose Bowl Games at that time. McNown threw for 340 yards, then the fourth most in Rose Bowl Game history, and two touchdowns, but his Bruins came up just short against the Wisconsin Badgers and lost 38-31. That season, McNown won Pac-10 Offensive Player of the Year, the Pop Warner Memorial Trophy as the best senior on the West Coast and the Johnny Unitas Award as the nation’s top quarterback. He set the Pac-10 record for passing yards (10,708) and total yards (11,285), and finished third all-time in conference history with 68 touchdown passes. McNown was drafted in the first round of the NFL Draft by the Chicago Bears and spent four years in the NFL. He was inducted into the UCLA Athletics Hall of Fame in 2009.

Charles Woodson capped off one of the greatest individual seasons in college football history with a victory in the 1998 Rose Bowl Game. In his junior season at Michigan, Woodson became the first primarily defensive player to win the Heisman Trophy, given to the most outstanding player in college football, in 1997, along with the Jim Thrope Award (best defensive back), the Walter Camp Award (player of the year in college football), and Chuck Bednarik Award and Bronko Nagurski Trophy (best defensive players in college football). Woodson led the undefeated Wolverines to the 1998 Rose Bowl Game against the Washington State Cougars. Woodson finished the game with two carries for six yards, one catch for seven yards, but made his biggest impact on the defensive side of the ball with one tackle for loss and an interception in the end zone during the first half. Woodson went on to be a first round draft pick in the NFL Draft and played 18 years in the NFL. During his time in the NFL, Woodson was selected as Defensive Rookie of the Year, made nine Pro Bowl appearances, was a Defensive MVP, Super Bowl Champion, and is projected to be an NFL Hall of Famer.

Dr. Charles West became the first black quarterback to play in the Rose Bowl Game when the Washington & Jefferson Presidents played the University of California Golden Bears on Jan. 1, 1922. The game marked the final game at Tournament Park in Pasadena before the game was moved to the newly built Rose Bowl Stadium. West was one of only 17 W&J players that traveled to Pasadena for the game, but only 11 played, forcing those 11 to play the entire game. The Presidents, heavy underdogs, battled Cal to a 0-0 tie, the only scoreless tie in Rose Bowl Game history. West, however, was more than a football player, as he won the National Collegiate Pentathlon at the Penn Relays in 1922 and 1923, and was an alternate on the 1924 U.S. Olympic track team. He went on to Howard University Medical School and maintained a general medical practice in Alexandria, Virginia for more than 50 years. Dr. West died on November 20, 1979.

With the addition of this year’s class, the Rose Bowl Hall of Fame includes 125 inductees over its 29-year history. Inductees are honored with a permanent plaque that includes their name and year of induction at The Court of Champions at the Rose Bowl Stadium, they are featured during the Rose Parade® presented by Honda®, and are recognized on the field during the Rose Bowl Game.