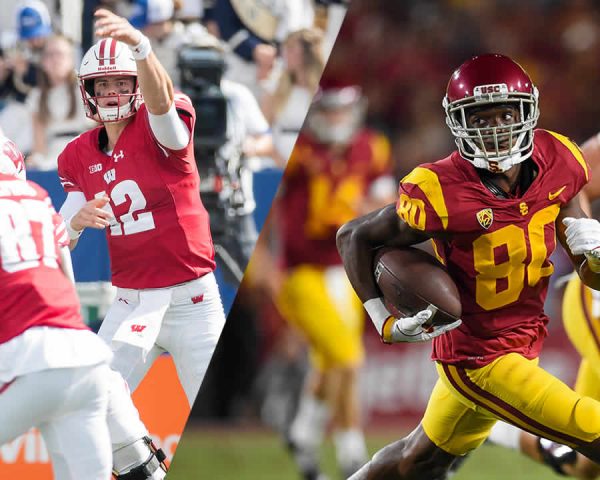 Throughout the 2017 college football season, the Tournament of Roses and the Rose Bowl Game Football Committee will select players from each partner conference as the Big Ten and Pac-12 Player of the Week.

For their outstanding performances in week three, Wisconsin quarterback Alex Hornibrook and USC wide receiver Deontay Burnett were selected by the 17-person committee.

Big Ten Player of the Week

Pac-12 Player of the Week