Oregon grinded out a 28-27 victory over Wisconsin to be named champions of the 106th Rose Bowl Game presented by Northwestern Mutual. The game was back-and-forth throughout. Just when one team appeared to have taken control, the other responded in a big way.

The Ducks accumulated just 204 total yards of offense in the win, the second-fewest for a
winning team in The Granddaddy of Them All. 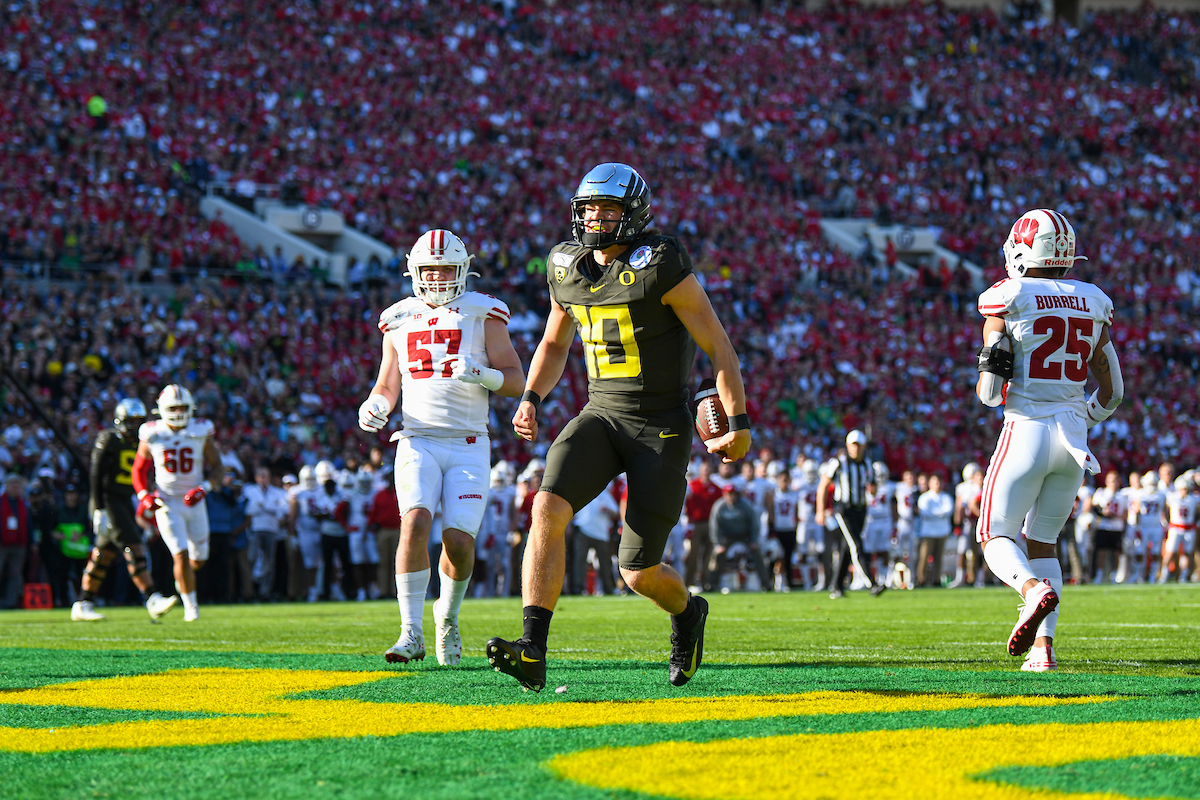 Oregon started the game with a commanding 12-play, 75-yard touchdown drive that culminated in a four-yard rushing score for quarterback Justin Herbert. The Badgers struck back quickly as receiver Aron Cruickshank took the ensuing kickoff 95 yards to the endzone for the first kick return score in the Rose Bowl Game since 2003.

Wisconsin looked poised to take control of the game after Herbert was intercepted on the first play of the next drive, but the Ducks defense held strong and kept the Badgers to a field goal.
After the teams traded punts several times, Oregon’s Thomas Graham Jr., intercepted a late second quarter pass and returned it into Wisconsin territory. Three plays later, Herbert scampered to the left and found the endzone from five yards out to give Oregon a 14-10 lead.

But the Badgers once again immediately responded. Wisconsin moved down the field quickly in the waning moments of the first half. With nine seconds left, quarterback Jack Coan found receiver Quintez Cephus along the goal line to give Wisconsin a 17-10 halftime lead.

On the Badgers’ first drive of the second half, Wisconsin punter Anthony Lotti mishandled the snap and Oregon safety Brady Breeze snatched the ball from the ground, one-handed, and raced 31 yards to the endzone to put the Ducks on top, 21-17.

Wisconsin answered back. The Badgers converted a pair of fourth-and-one’s en route to a two-yard touchdown run by fullback Mason Stokke to jump back in front, 24-21. 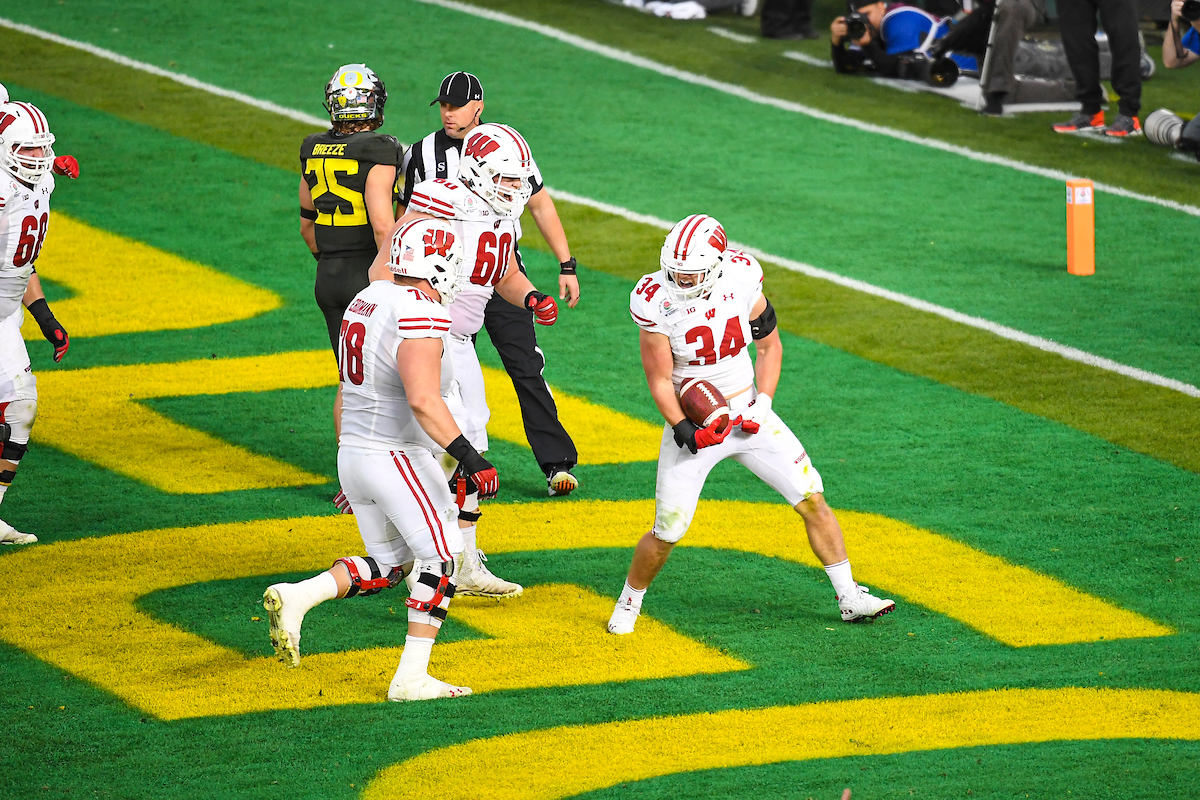 After an Oregon punt, Wisconsin looked to take control again. The Badgers pushed the ball into the Oregon red zone at the beginning of the fourth quarter, but the Ducks’ defense held strong and kept Wisconsin to a 27-yard field goal.

With less than eight minutes remaining on the clock, another mistake would prove costly for the Badgers. Wisconsin receiver Danny Davis took the ball on a sweep to the right, but Oregon’s Breeze would put his helmet right on the ball and pop it loose. The Ducks recovered and on the next play, Herbert ran 30 yards for the go-ahead score.

Wisconsin had one final chance to move the ball into scoring position. The Badgers appeared to move the ball near midfield in the final three minutes, only to have a penalty stall the drive and force a punt back to the Ducks. Oregon converted a pair of first downs to ice the game in the final moments and secure the victory.