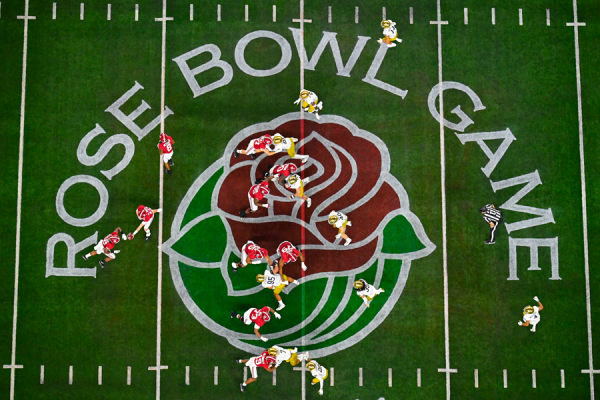 With the Sugar Bowl’s live audience of more than 19.4 million viewers, the pair of CFP Semifinals combined to become ESPN’s third most-watched day on record. One quarter of all people watching TV during the game windows were watching the Rose Bowl Game or Sugar Bowl.

The Rose Bowl Game viewership was an eight percent increase over last year’s traditional matchup of Oregon and Wisconsin, which saw 17.6 million viewers. The 2020 Rose Bowl Game was the second-most-watched non-CFP semifinal bowl game in the CFP era.

Total viewership was down from the previous CFP Semifinal hosted by the Rose Bowl Game in 2018. The overtime thriller between Oklahoma and Georgia drew a live audience of 28,311,000 viewers and was, at the time, the third-largest cable audience ever reported.

Both of the 2021 CFP Semifinals outdrew the 2021 CFP National Championship, which drew 18.6 million viewers as Alabama defeated Ohio State, 52-24.