Games of the Week: Week 9 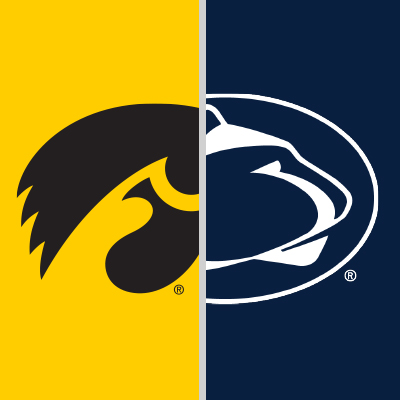 A year ago, Penn State beat Iowa in Iowa City on the final play of the game, marking one of the best games of the year.

Iowa comes into this game as a dark-horse CFP contender who could sneak up on a few teams. The Hawkeyes are 6-1 this season, with their lone loss to Wisconsin in late September. Iowa will be favored in their final four games this season, which means if they can get past Penn State with a win, the Hawkeyes could finish 11-1.

Penn State was undefeated just a few weeks ago, but has since dropped a pair of games to Ohio State and Michigan State. The Nittany Lions rebounded with a win over Indiana and now sit at 5-2, but Penn State will likely face challenges over their next three games against No. 18 Iowa, at No. 5 Michigan, then against No. 20 Wisconsin. It’s make or break time for the Nittany Lions, who should be locked in for this stretch run.

But in this matchup, the Penn State offense will have to be at its best against a stout Iowa defense.

The Hawkeyes have been paced this season by their defense. Iowa ranks #3 nationally in total defense, holding opponents to 258 yards per game. That ranking, in large part, is due to the Hawkeye’s run-stopping ability as they hold opponents to under 80 yards per game on the ground, the second-best mark in college football. But those numbers may be slightly inflated. Iowa has only faced one top-50 offense this season, Wisconsin, and the Badgers racked up 415 yards in that game.

On the other side of the ball, the Iowa offense has been efficient of late. Over the last three games, the Hawkeyes have averaged 37.7 points per game and over 400 yards of total offense. Junior quarterback Nate Stanley has thrown 11 touchdowns to just three interceptions in that span, while tight ends Noah Fant and T.J. Hockenson have combined for 21 catches, 329 yards and five touchdowns.

The Nittany Lion defense is middle of the pack in both pass (#68) and rush (#74) defense nationally, but is the top team in the Big Ten in sacking the opponent’s quarterback. Penn State averages more than 3.5 sacks per game, led by junior defensive end Shaka Toney who has five sacks. The Nittany Lions have 14 different players who have at least half a sack this season.

With teams matched so well across the ball from one another, expect this one to be a close game. Just like last year, this one could come down to the Penn State offense or the Iowa defense making a critical play late in the game. 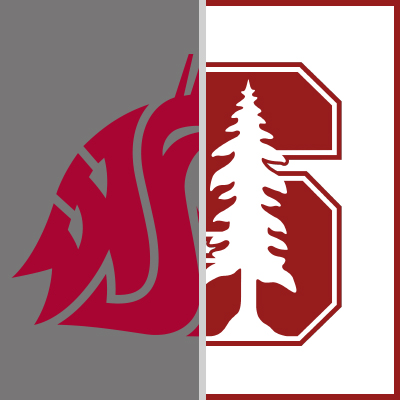 It looks like there may be a changing of the guard in the Pac-12 North. Stanford has represented the division four times in the seven-year history of the Pac-12 Championship Game, but the Cougars are on the prowl and look as strong as ever.

Washington State enters the game at 6-1 and on a three-game winning-streak. The Cougars lone loss was on a short week at USC on a Friday night. WSU had a chance to kick a game-tying field in the final minutes of the game, but it was blocked and the Cougars lost, 39-36. Since then, Washington State beat Pac-12 South-leading Utah, 28-24, Oregon State, 56-37, and most recently, #12 Oregon, 34-20.

Stanford started the year 4-0, but stumbled at the end of September and early October with losses to Notre Dame, 38-17, and Utah, 40-21. The Cardinal came back last Thursday and beat a gritty Arizona State team, 20-13.

If Stanford wants any chance to keep this game competitive, they’ll need to have their best passing defense on display. The Cougars and senior quarterback Gardner Minshew, the reigning Rose Bowl Game Pac-12 Player of the Week, throw for 400 yards and score 40.7 points per game. Minshew spreads the ball around to a variety of receivers, with seven different Cougars have at least 20 catches this year. Minshew leads the country in passing attempts (364) and completions (254). He has thrown for 300 yards in every game this season and is second in the nation in passing yards (2,745).

Under head coach David Shaw, Stanford has typically had a power rushing attack. This season, however, Heisman-hopeful senior running back Bryce Love has had trouble staying healthy and on the field, leading to the Cardinal ranking 126th in rushing offense at only 91.6 yards per game. Love, who ran for 2,118 yards last season and eclipsed the 100-yard mark in 12 of 13 games, has surpassed the century mark just once this season. Against Arizona State last week, Love carried the ball just 11 times for 21 yards as he was bothered by an ankle injury that has kept him off the field in several games this season.

The odds seem to be stacked against Stanford, but if the Cardinal have a healthier Bryce Love, they should be able to finally find some running room and try to keep the vaunted Cougar offense off the field. If Washington State is able to get off to a fast start, Stanford will be forced to try to throw into the Cougar defense that allows just 180 yard per game through the air. 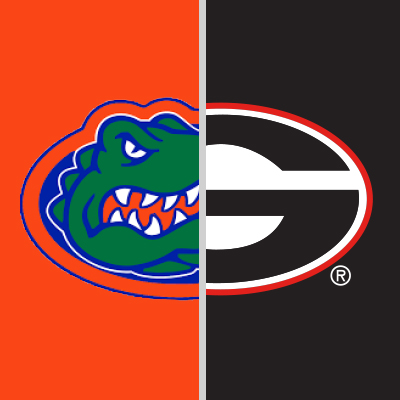 Once dubbed the “World’s Largest Outdoor Cocktail Party”, Florida and Georgia meet in Jacksonville in an SEC battle of top-10 teams.

The Gators enter this matchup 6-1 and have five straight wins that include a pair of victories against ranked opponents. Florida snapped a 31-game winning streak against Kentucky when the Gators fell to the Wildcats, 27-16, back in week two. But since then, the Gators have outscored their opponents 172-83 and gone from unranked to #9 in the AP poll.

The majority of the Georgia offense that scored 42 point against Florida last year will play in this game, with the exception of running backs Nick Chubb and Sony Michel. Sophomore quarterback Jake Fromm leads the Bulldogs offense that is 26th nationally in total offense (461 yards per game) and 18th in scoring offense (39 points per game). But Georgia’s bread-and-butter under head coach Kirby Smart has been running the football, and despite the loss of Michel and Chubb, the Bulldogs still rack up 226 yards on the ground per game.

The ability to run the ball will be key in this game for the Dawgs because Florida’s defense has been a no-fly zone. The Gators hold opponents to 160 yards through the air, sixth in the country, and average three sacks per game, second in the SEC. Florida has five players who have recorded multiple sacks this season, led by junior defensive lineman Jachai Polite, who has seven sacks this season. Against the run, the Gators haven’t been as successful. Florida surrenders 163 yards per game on the ground, 11th in the SEC.

Despite the accolades for the Gators, the Georgia defense is nothing to scoff at. UGA has had to overcome the losses of All-American middle linebacker Roquan Smith and All-SEC edge rusher Lorenzo Carter, but the Bulldog defense is 17th nationally in total defense. Georgia’s run-pass splits are little more even than Florida’s, as the Bulldogs are 40th against the run and 15th against the pass. Senior linebacker D’Andre Walker has emerged as a physical force with five sacks and an additional 10 quarterback hurries, while defensive back Deandre Baker is one of the highest rated cornerbacks in the country by many football metrics.

The Florida offense will need to find a way to move the ball consistently to win this game. The Gators average nearly 200 yards per game rushing and have a quartet of backs that carry the rock. Junior running backs Jordan Scarlett (70 carries, 381 yards, three touchdowns) and Lamical Perine (69 carries, 376 yards, three touchdowns) lead the way for Florida, but freshman running back Damien Pierce and sophomore quarterback Feleipe Franks are also running threats.

The biggest factor in the game may be the turnover margin. Florida is one of the best teams in the country at creating turnovers. The Gators have forced 11 fumbles this season, tops in the nation, and intercepted seven passes. Georgia had committed just three turnovers this season going into the LSU game, but turned the ball over four times against the Tigers. If Florida can force turnovers and get the ball in good field position, the Gators have a good chance to pull off the upset.