Games of the Week: Week 8 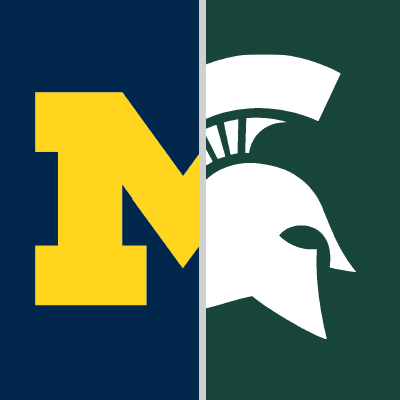 The in-state rivalry between the Wolverines and Spartans heats up this year as both vie for the chance to play in Pasadena on January 1.

Michigan, 6-1, is on a roll and has rattled off six straight victories, including a dominating win over Wisconsin last week. The Wolverines have moved all the way up to No. 6 in the polls and boast the top defense in the country.

Michigan State, 4-2, has had a Jeckyll and Hyde type season with surprising losses to Arizona State and Northwestern, but rallied for a solid victory over No. 8 Penn State last week.

There are two key matchups in this game:

Michigan State, under Mark Dantonio, been a hard-nosed, run the football, three-yards-and-a-cloud-of-dust-type football team. But this year’s squad, led by junior quarterback Brian Lewerke and the receiving core of senior Felton Davis III, junior Darrell Stewart Jr., and sophomore Cody White, have turned the Spartans into a pass-first team. Michigan, however, has the top-ranked pass defense in the country in terms of passing yards allowed and ranks fifth nationally in passing defense efficiency. Last week, the Wolverines held Wisconsin to 7-of-20 passing for 100 yards and picked off two passes. The Spartans have the fourth best passing offense in the Big Ten, but Lewerke has proven careless at time with the football, throwing seven interceptions already this season. If the Spartans plan to attack through the air, as they have for the majority of this season, Lewerke will need to make sure he finds the guys in green, not the maize and blue.

Michigan has been at their best in 2018 when they have been able to run the ball effectively. The Wolverines have a balanced offense, 207 passing yards per game compared to 217 on the ground. In Michigan’s lone loss in 2018, the Wolverines were held to 58 rushing yards against Notre Dame. Since then, Michigan has run for at least 171 yards in each game and surpassed the 300-yard mark twice. Senior Karan Higdon has been the top running back for the Wolverines this year, but now healthy junior Chris Evans can spell him at times and is particularly effective in the passing game. Junior quarterback Shea Patterson has the ability to run the ball but hadn’t been used much this season until last week against Wisconsin, when he accounted for 90 yards on the ground. Michigan State, on the other hand, has held opponents under 63 yards rushing in five of six games this season and leads the country in rushing defense. Junior linebacker Joe Bachie leads the charge on defense with 43 total tackles, but two of the next three top tacklers for Michigan State come from their secondary, proving that the Spartans rally to stop the run from all levels of their defense.

When rivals meet, especially in-state rivals, it doesn’t matter who the “better” team is because both teams circled this game on their schedule and will come ready to play. Michigan State has won four of the last five games against Michigan, but the last three games have been decided by an average of six points. 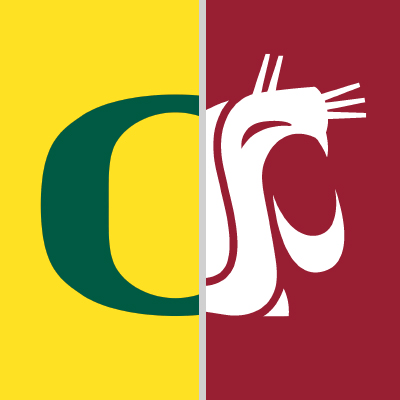 You like offense? Then this is the matchup for you. Oregon averages 43 points per game, while Washington State is right behind the Ducks at 41.8 points per game.

Oregon, like I mentioned in last week’s preview against Washington, should probably be undefeated. The Ducks’ are 5-1 and their lone loss this season came to Stanford, in overtime. Oregon rebounded from the loss with a marquee victory over Washington last week, in overtime, to put themselves right back into the Pac-12 Championship conversation.

Washington State comes into the game 5-1 on the heels of two straight wins over Utah and Oregon State. The Cougars lone loss this fall was to USC – on the road, on a Friday night. Washington State had plenty of chances to beat the Trojans, but USC escaped with a 39-36 victory.

Oregon’s junior quarterback Justin Herbert came into the season as a potential dark-horse Heisman Trophy candidate. While the Eugene, Oregon native has played well, the Ducks have found a supporting cast for Herbert, which has watered down his total stats. Oregon has run the ball 100 more times than they have passed through six games this season. The Ducks have balanced those rushes between freshmen CJ Verdell (97 carries) and Travis Dye (61), along with senior Tony Brooks-James (42). Washington State has defended the pass well, allowing just 165.5 yards per game, but that could be as a result of their troubles stopping the run, where they rank 56th nationally.

The Cougars offense will throw the ball and throw it often. In fact, graduate transfer quarterback Gardner Minshew II leads college football in passing attempts (313), completions (215) and yards (2,422). Washington State essentially utilizes the short passing game as its running game. Running backs James Williams and Max Borghi have a combined 88 carries this season, but also have a total of 41 receptions. Oregon will have to up their level of pass defense in against WSU, because through six games, the Ducks are 11th in the Pac-12 in passing yards allowed and 10th in passing defense efficiency. Oregon makes up for the lack of effectiveness on the backend by getting solid pressure on the quarterback. Senior pass rushers Jalen Jelks and Justin Hollins seem unblockable at times, combining for 13 tackles for loss and 6.5 sacks this season.

Both of these teams like to move the ball up-and-down the field quickly on offense, so don’t expect a lot of huddling. This is a game that will be based more on speed than strength. It could be a situation where the first two score 50 wins. 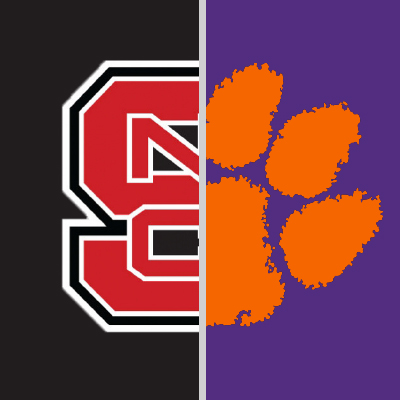 The only meeting of undefeated teams in week eight, NC State stands as the toughest opponent Clemson has left on the schedule and the Wolfpack shouldn’t be a team that the Tigers overlook.

NC State has quietly taken care of business this season and won all five games they’ve played. The Wolfpacks’ toughest test so far this season was last week’s game against Boston College, in which they were comfortably ahead until BC scored a pair of fourth quarter touchdowns and cut the lead to five, 28-23.

Clemson is not-so-quietly undefeated this season and has been near the top of the rankings all season long. It hasn’t been an easy ride for the Tigers, who had to scratch-and-claw their way to a couple wins against Texas A&M (28-26) and Syracuse (27-23). In their most recent game, it looked like Clemson may have righted the ship with a 63-3 victory over Wake Forest.

The best matchup in the game will come in the trenches. Clemson has the best defensive line in football, with all four starters projected to be first round NFL draft picks. The Tigers average more than three sacks per game, but NC State’s offensive line has been among the best at protecting the quarterback. Through five games, Wolfpack senior quarterback Ryan Finley has only been sacked twice.

If Clemson can’t get to Finley, the Tigers will rely on the No. 6 passing defense to try to stop NC State’s No. 6 passing offense. Finley has completed nearly 70-percent of his passes for 1,621 yards and 10 touchdowns this season, while spreading the ball around to different playmakers. Six different NC State players have double-digit receptions this year, led by juniors Kelvin Harmon (30 catches, 534 yards, 2 TDs) and Jakobi Meyers (30 catches, 319 yards, 1 TD). Despite having just two interceptions on the year, the Clemson defense has held opponents under 75 total passing yards in four of six games this season. Last week, the Tigers held Wake Forest to 7-of-27 passing.

Flipping to the other side of the ball, Clemson’s offense has been very balanced this season, but excels at running the football. Sophomore Travis Etienne is averaging 9.2 yards per carry and has amassed 761 rushing yards this season, nearly matching his output from a season ago. NC State will look to shut down the Tiger’s rushing attack with it’s 13th ranked rush defense, which allows just 107.4 yards per game. If Clemson can’t get it going on the ground, true freshman quarterback Trevor Lawrence will be relied on heavily. Lawrence won the starting job a few weeks ago and has been one of the best quarterbacks in the country this season. The former top recruit has completed 69-percent of his passes for 868 yards and 11 scores.

These two teams don’t beat themselves. Both schools are in the top-10 in fewest penalties and both don’t turn the ball over. Clemson has won five straight in this matchup, but the last two games have been decided by just seven points each. Two years ago, NC State missed a game-winning field goal as time expired and the Tigers went on to win in overtime. This one may come down to the quarterback play and could be another nailbiter.