Games of the Week: Week 5

ESPN’s College GameDay will be on hand for this game, rightfully indicating this as one of the biggest games of the week. Ohio State is No. 5 in the polls and a legitimate contender for the College Football Playoff, while head coach Scott Frost has quickly turned Nebraska around in his second year and has a chance to upset the Buckeyes.

Ohio State enters this game 4-0, but lacks a signature win through four games. After a less-than-convincing win over Florida Atlantic, 45-21, to start the year, the Buckeyes have rolled through it’s last three opponents. Ohio State has outscored its competitors 169-15 over the last three games. The Buckeye offense is seemingly unstoppable, with weapons all over the field. Sophomore transfer quarterback Justin Fields has been sensational to start the year, accounting for 19 total touchdowns and zero interceptions through four games. Junior running back J.K. Dobbins has returned to his freshman year form, averaging 7.0 yards per carry, and senior receivers K.J. Hill and Binjimen Victor, along with sophomore Chris Olave, have picked up the slack from the star-studded corps that graduated after last season.

Defensively, Ohio State may feature the No. 1 overall NFL Draft pick next April. Junior defensive end Chase Young has terrorized backfields in 2019 to the tune of a nation-leading seven sacks. Dating back to the start of the 2018 season, Young has 18.5 sacks, which also leads all of college football. The strength of the Buckeye defense isn’t only along the defensive line. Junior linebacker Tuf Borland and senior safety Jordan Fuller return as second-year captains and are among the team leaders in tackles this season.

Nebraska comes into the game with a 3-1 mark this season, including wins over Illinois and Northern Illinois, but fell to Colorado in overtime in week two. The Huskers have one of the most dynamic offenses in college football and have really picked it up over the last couple games. Nebraska relies heavily on sophomore dual-threat quarterback Adrian Martinez to drive the Huskers offense. Martinez has thrown for 1,052 yards and added 234 yards on the ground through four games, accounting for 10 total touchdowns. The Huskers rushing attack is a three-headed monster, with sophomore Maurice Washington leading the way with 268 yards this season. Junior receiver JD Spielman is one of the quickest players in college football and continues to climb the Huskers’ receiving record boards.

This Nebraska defense isn’t exactly the “Blackshirts” of the past, but they have taken steps forward in 2019. The Huskers have forced 10 turnovers and sacked opposing quarterbacks 11 times through four games. Prior to the game against Illinois last week, Nebraska had held opponents under 100 yards rushing in all three games this season. The Illini ran for 221 yards, but managed only 78 yards passing. Senior linebacker Mohamed Barry, team captain and leader of the defense, leads the team with 33 tackles this season.

With two high-powered offenses going back and forth, expect this game to be a high-scoring affair. The Buckeyes need to contain Martinez if they hope to escape Lincoln with a win, while the Huskers need to find a way to force Fields into multiple turnovers if they want to upset the Buckeyes. 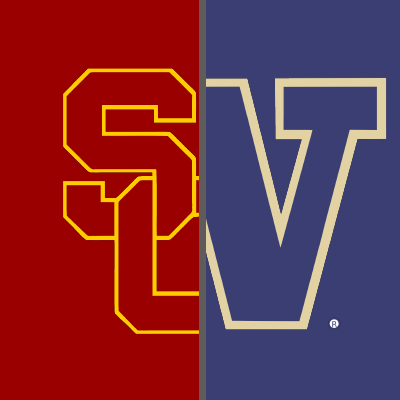 Both USC and Washington enter this game with a surprising 3-1 record. Many expected USC would struggle through a tough early season slate, while most thought Washington would cruise through the first few games.

USC could start third string quarterback, junior Matt Fink, in this game. After losing season-opening starter J.T. Daniels to a knee injury, true freshman Kedon Slovis left the game last week with a concussion. Fink entered the game and led the Trojans to an upset victory over Utah, 30-23. USC hired a new offensive coordinator this offseason and the Trojans seem to be taking to the new Air Raid offense well. The three USC quarterbacks have combined to complete more than 75-percent of their passes for nearly 1,300 yards this season. The Trojan’s best offensive players, wide receivers Michael Pittman Jr., Tyler Vaughns and Amon-Ra St. Brown, have combined for 76 catches for 1,014 yards and eight touchdowns.

The USC defense played better at times against Utah in the victory last week, but still needs to find more consistent play. What stood out in the win over the Utes was how dominant the Trojans defensive line can be. The stats may not show it, but senior defensive end Christian Rector and his freshman counterpart Drake Jackson wreaked havoc on the outside, while sophomore defensive tackles Jay Tufele and Marlon Tuipulotu were strong from the inside. On the back end, sophomore safety Talanoa Hufanga continues to elicit memories of Troy Polamalu. Hufanga led the Trojans with 14 tackles against the Utes and was seemingly all over the field.

Washington has bounced back from the rain-soaked, delayed, late night loss to Cal in week two with a pair of dominating wins over Hawai’i (52-20) and BYU (45-19). The Huskies, who graduated their all-time leading rusher and passer last year, haven’t missed a beat on offense. Georgia transfer Jacob Eason has stepped in and taken over at quarterback, while the rushing load has been split between juniors Salvon Ahmed and Sean McGrew, along with freshman Richard Newton. The three have combined to run for 692 yards on 122 carries, good for 5.7 yards per carry. The Huskies top receivers from a year ago, seniors Aaron Fuller and Andre Baccellia, are back, along with junior tight end Hunter Bryant, to form a lethal receiving trio.

The re-tooled Washington defense looks like it may take a step back from previous years but has the pieces in place to be successful. The Huskies have led the Pac-12 in defense the last five seasons but has replaced nine starters from a year ago. Washington hasn’t allowed more than 20 points in a game this season and has come up with big plays over the last two games. The Huskies forced three turnovers in each game and scored a defensive touchdown against BYU. Senior defensive back Myles Bryant has taken over as the leader of the defense and leads the team with 24 tackles and two interceptions.

USC and Washington have combined to win the last three conference titles. This is a game that both teams had circled on the calendar at the start of the year and could be a preview of the 2019 Pac-12 Championship Game. 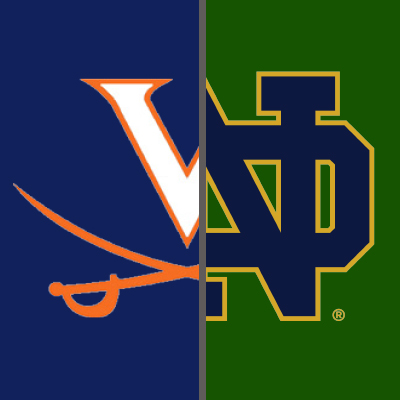 Virginia has steadily improved over the last three-plus years under head coach Bronco Mendenhall. The Cavaliers went to one bowl game from 2008 to 2016, Mendenhall’s first season, but have been invited to a bowl in each of the last two years. This year, Virginia is 4-0 to start the year, including wins over Pitt (30-14) in week one and Florida State (31-24) in week three. Senior quarterback Bryce Perkins is the heart and soul of the Virginia offense as he leads the team in rushing (193 yards) to go along with 843 passing yards and six passing scores. Perkins has plenty of options when spreading the ball around as the Cavaliers have three solid receivers. Senior Joe Reed leads the team in catches (23), receiving yards (215) and touchdowns (3), while fellow senior Hasise Dubois is second in all three categories (16, 191, 1). Junior Terrell Jana is right behind Dubois with 15 catches for 174 yards.

The Virginia defense has made a living in opponents’ backfields this season. The Cavs lead the nation in sacks with 20, including five players with multiple sacks, and are fifth in the country with 39 tackles for loss. Senior linebacker Jordan Mack leads the Cavaliers with five sacks and is tied for the team-lead with 29 tackles and six tackles for loss. Virginia has also been effective at shutting down opponents rushing offense. The Cavaliers have allowed opponents to run for 75 yards per game, which is 12th best in the country. That doesn’t mean Virginia has been poor against the pass. The Cavs have held opponents to just 189 yards per game through the air, fourth best in the ACC.

Notre Dame is coming off a tough loss to No. 3 Georgia, 23-17, but proved they are among the nation’s best teams in the loss. Senior quarterback Ian Book threw his first two interceptions of the year against Georgia, but still managed 275 yards passing and a couple touchdowns while nearly leading the Irish to a come-from-behind win. Senior receiver Chase Claypool extended his team-lead in receiving against the Bulldogs. Claypool has 15 catches for 256 yards on the year, more than double any other pass catcher for Notre Dame. The running attack for the Irish is off to a slow start this year, but Book has the ability to tuck the ball and run, if needed.

On defense, an improving Notre Dame shined in the loss to Georgia. The Irish held one of the most dynamic offenses in college football to just 339 total yards. Notre Dame has allowed 204 yards per game on the ground, but held Georgia, one of the top rushing attacks in the country, to just 152 yards rushing. The strength of the Irish defense is in the secondary and junior safety Alohi Gilman, who leads the team with 21 tackles this year. The rest of the secondary, junior cornerback Troy Pride Jr., senior cornerback Shaun Crawford and senior safety Jalen Elliott, combine with Gilman to have the 10th ranked passing defense.

This is one of the biggest games of the year on the schedule for Virginia and the Cavaliers will be ready to play. Notre Dame can’t overlook this one, but coming off the loss, the Irish have plenty to prove. This should be a close one and will likely come down to the fourth quarter.