Games of the Week: Week 4

In each of the last four years, when the Big Ten moved to geographically divided divisions, the winner of the Wisconsin vs. Iowa matchup has represented the Big Ten West in the Big Ten Championship Game. This year appears no different.

The Badgers were heavy favorites to win the Big Ten West in 2018 as they returned nearly their entire offense from a team that was 13-1 last year. However, they have gotten off to a slow start this season and lost to BYU last week, 24-21, marking their first non-conference home loss since 2003.

The Badger offense will need to play much better all-around if they hope to beat a stingy Iowa defense. Junior quarterback Alex Hornibrook has thrown for 595 yards through three games with three touchdowns and two interceptions. He’s been under a lot more pressure than what was expected as the Badgers returned all five offensive lineman from a year ago, including three All-Americans. Wisconsin also leans on those offensive lineman to lead the way for Heisman-hopeful sophomore running back Jonathan Taylor. Taylor has lead the way for the Badgers this year, racking up 515 yards on 77 carries and five scores, but was bottled up by the BYU defense, held to 117 yards on 26 carries.

Defensively, the Badgers returned only four starters from 2017, but was one of the best defensive units in the country. The defensive line in particular is young, with only two returning letterwinners from a season ago. Wisconsin is relying on senior middle linebackers T.J. Edwards and Ryan Connelly to set the Badger’s front seven, while senior safety D’Cota Dixon is the only returning player with starting experience in the secondary. One bright spot for the Wisconsin defense early in the year has been the play of redshirt freshman safety Scott Nelson. The Detroit native is second on the team in tackles (16) and tackles for loss (2.5), while adding an interception and three pass breakups to his tally.

Iowa has dominated the early portion of the their schedule, outscoring opponents 84-24. They appear to be on their way down the road as a typical Kirk Ferentz-led team, ferocious on defense with a ball-control offense.

Junior quarterback Nate Stanley is in his second full season of starting for Iowa, and he returned two of his top three receivers, along with his all-world junior tight end Noah Fant. Fant and fellow tight end, sophomore T.J. Hockenson, are tied for the team-lead in receptions with 12 through three games and have combined for 253 of Stanley’s 583 passing yards. On the ground, the Hawkeyes have a trio of sophomores who all carry the ball effectively. Ivory Kelly-Martin is their most talented runner, but he has been nursing an injury and missed the last two games.

On defense, the Hawkeyes are doing what they’ve always done: stop the run and limit big plays in the passing game. Iowa has been effective at getting to the quarterback so far this year, racking up 12 sacks through three games. They’ve also been stout against the run, holding their last two opponents to a total of 25 rushing yards.

This will be defensive battle as both teams pride themselves on controlling the clock and tough defense. Three of the last four times these teams have met, the game was decided by eight or less points. Wisconsin might have a little extra juice as the Badgers try to get back on track, but the Hawkeyes are always tough in Kinnick Stadium, especially at night. Iowa is 10-2 at home at night dating back to 2007. 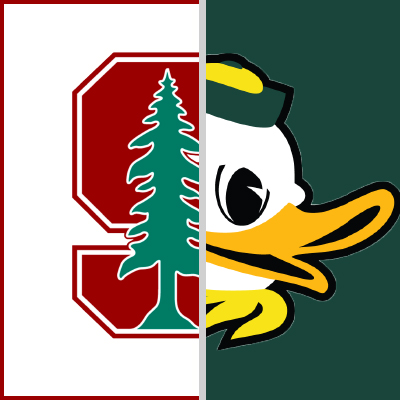 From 2010-2016, the Pac-12 was only represented in the Granddaddy Of Them All by two schools: Stanford and Oregon, each three times.

Both teams are off to fantastic starts and have yet to be challenged in their early games. Stanford has had the tougher road to 3-0, with wins over San Diego State (31-10) and USC (17-3). Last week, the Cardinal cruised past UC Davis, 30-10, without senior running back Bryce Love, who sat out with an undisclosed injury. Oregon, on the other hand, has been putting up crazy offensive numbers in their wins over Bowling Green, Portland State and San Jose State.

Stanford has it’s most balanced attack since the Kevin Hogan days with K.J. Costello under center. The junior played in 11 games last year, but won the starting job outright heading into the 2018 season. Making his job easier is the presence of Love, the 2017 Doak Walker award winner as the nation’s top running back and 2018 Heisman Trophy favorite. Love missed last week’s game, but will play against the Ducks. Costello also has the luxury of throwing the ball to two senior wide receivers in JJ Arcega-Whiteside and Trenton Irwin, who combined for 91 catches, 1,242 yards and 11 touchdowns last year.

Defensively, the Cardinal are among the nation’s finest early in the year. Holding opponents to just 23 points through three games, Stanford is the top team in the country allowing just 7.7 points per game. Overall, they rank 22nd in total defense, allowing opponents just over 300 yards per game. The Cardinal have been particularly good against the pass, with a combined 21 pass-breakups over the last two games against USC and UC Davis. Sophomore Paulson Adebo ranks sixth nationally with seven passes broken up this season.

Oregon’s offense has been on a tear in 2018. They’ve averaged more than 50 points a game so far this season and don’t look like they can be slowed down. In 18 career games with junior Justin Herbert as the signal caller, the Ducks have averaged nearly 43 points per game. But Herbert isn’t doing it alone. Oregon has one of the most dynamic offenses in the country because they spread the ball so well. Led by Herbert, the Ducks have had 12 different players score a touchdown in 2018, which is tied for the most in the nation. Oregon is also getting back to their up-tempo ways, with 13 of their 21 touchdown scoring drives lasting less than two minutes.

While the Ducks lead the Pac-12 in rushing offense, they also are tops in the conference in stopping the run. In each of the last two games, Oregon has held their opponents to less than 100 rushing yards. Oregon is ninth overall in the country in rushing defense, holding opposing rushers to just 88 yards per game. But the Ducks are also having little trouble getting to the quarterback. Seniors Justin Hollins and Jalen Jelks have combined for 5.5 sacks this season. Hollins is the only player in the country with multiple sacks, forced fumbles and at least one interception this season.

Stanford would like to play the game at a much slower pace than Oregon, which will mean they need to be able to move the ball on the ground. As the Ducks have shown in 2018, that won’t be an easy task. Oregon will look to move the ball quickly, but Stanford has proven effective in stopping the pass so far this year. This should be a tight game, just like we saw between these teams five to ten years ago. 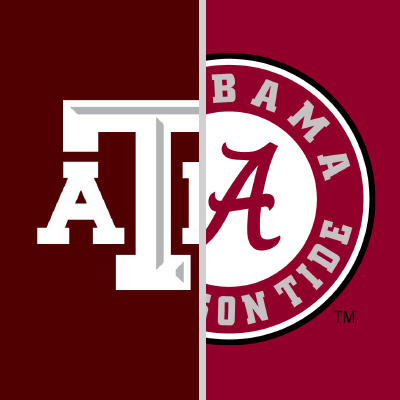 In 2012, the Aggies shocked the world when they beat the Crimson Tide. Since then, Alabama has defeated Texas A&M the last five meetings by a combined 111 points.

The Aggies have turned to Jimbo Fisher, a former Nick Saban assistant, to lead the Texas A&M. But Alabama has history on their side as Saban has never lost a former assistant who became a head coach, he’s a perfect 12-0.

Fisher’s Aggies are 2-1 to start the season, but very well could be 3-0, if not for a late fumble that resulted in a loss to No. 2 Clemson. Sophomore quarterback Kellen Mond was forced into action last season as a freshman and has continued to seize the opportunity this year to the tune of 824 passing yards and six touchdowns without an interception. The Aggies have also relied on the running of junior Trayveon Williams, who has responded with 133 yards per game and four touchdowns. Junior tight end Jace Sternberger has been a revolution in the passing game, with 10 catches for 146 yards and three touchdowns this year.

Defensively, the Aggies are fourth in the country in third down defense, stopping opponents 80-percent of the time to start the year. Texas A&M also ranks highly nationally in rushing defense (No. 14) and red zone defense (No. 16). So, the Aggies look like they have the intangibles needed to pull off an upset: they get off the field on third down, they shut down the running game, and they stop the opponent in the red zone. The experience and leadership on the defense comes from seniors at all three levels: defensive end Landis Durham, linebacker Otaro Alaka, and safety Donovan Wilson.

Alabama continues to be one of the top programs in the country. Saban’s group looks as formidable as ever, cruising to a 3-0 mark with an average margin of victory of 47.33 points per game. Those wins include victories over a couple FBS schools, Louisville and Ole Miss.

The Alabama offense is humming along behind the strong arm of sophomore quarterback Tua Tagovailoa and the running back duo of sophomore Najee Harris and senior Damien Harris. Tagovailoa is second in the country in passing efficiency and fourth in yards per completion, but doesn’t have enormous counting stats because the Tide haven’t had to rely on throwing the in the second half of games. Najee Harris has 203 yards on 30 carries this season, while Damien Harris has 178 yards on 24 carries. Together they average over seven yards each rushing attempt. All together, the Alabama offense has been unstoppable, leading the nation in points per game (56.7) and have punted just nine times all season.

Defensively, the Crimson Tide can score as well. Alabama is one of five teams in major college football with three defensive touchdowns this season. But where the Tide truly shine is stopping the opponent from scoring. Alabama ranks eighth nationally by allowing 9.3 points per game and second overall in red zone defense. While seeming having to rebuild a defense every year because of players departing for the NFL, Saban has kept his defensive prowess intact. Due to injuries last season, plenty of younger players had the opportunity to play and it’s showing in this year’s results. It’s hard to single out a particular player on this Alabama defense because they play so well as a unit.

This could be a tight game as both teams have athletes all over the field. For Texas A&M to pull off the upset, they need to do what they do best, control the clock and be tough defensively on third down. Alabama has been a quick strike offense in 2018 and hasn’t seen much defensive pressure this season. This should be their first true challenge. There could be a lot of points scored in Tuscaloosa on Saturday.