Games of the Week: Week 4 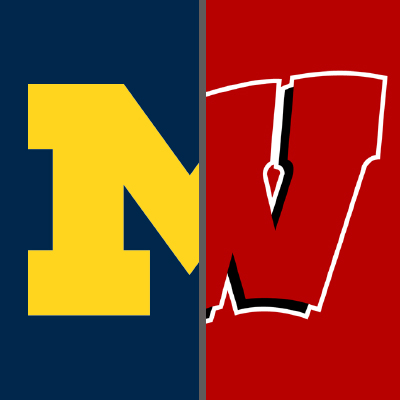 This Big Ten top-15 matchup opens the conference season for Michigan and Wisconsin. Both teams come into the game with 2-0 records and are coming off a bye week.

The Wolverines entered the season at No. 7 in the rankings and feature a new, high-octane offense. Head Coach Jim Harbaugh brought in former Alabama offensive coordinator Josh Gattis to lead the offense and through two games, the Wolverines have shown flashes of greatness. Senior quarterback Shea Patterson has thrown for 410 yards and three touchdowns, but also has four fumbles. Michigan is without expected starting running back Chris Evans, but true freshman Zach Charbonnet has stepped up and tallied 194 yards and three scores on 41 carries. The Wolverines have an athletic receiving corps, led by juniors Tarik Black and Nico Collins. The Wolverines best receiver, junior Donovan Peoples-Jones, has yet to play this season due to injury but may be available this week.

On defense, the usually strong Wolverines have given up 21 points in each of their first two games. Michigan had to replace five players who moved on to the NFL but returns one of the best secondaries in the nation. All conference defensive backs Lavert Hill and Josh Metellus lock down the back end of the defense, while safety/linebacker Khaleke Hudson flies around making tackles.

Wisconsin came into the season ranked No. 17 and 19 in the polls, but expectations weren’t high for the Badgers coming off an 8-5 season. Nevertheless, Wisconsin couldn’t have had a better start to the year with back-to-back shutouts of South Florida (49-0) and Central Michigan (61-0). The Badgers offense is led by reigning Doak Walker award winner, junior running back Jonathan Taylor, who leads the nation with eight touchdowns through two games. The difference for Wisconsin this year could be that the offense has been more balanced than in years past. Junior Jack Coan leads the conference in passing yards per game and junior receiver Quintez Cephus has returned this season to lead the team with nine catches for 169 yards.

The Badger defense was one of the best in the country from 2014-2017, but took a step back last season. Injuries and youth that plagued Wisconsin a year ago are gone as the Badgers look mostly healthy and several key players have another year of experience under their belts. Wisconsin has yet to allow a point this year and leads the nation in rushing defense (20.5 yards per game) and passing defense (87 yards per game). Without a true star on the defense, the Badgers and defensive coordinator Jim Leonhard have found a way to keep opponents off the score board.

Wisconsin has just 15 wins in 67 games against Michigan in the series history, but the Wolverines haven’t won in Madison since 2001. Both teams have a lot to prove in a game that should be a low-scoring battle. 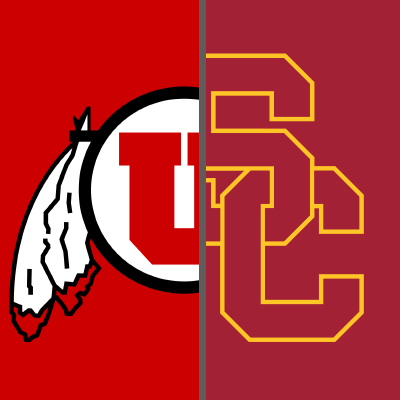 Utah and USC came into the season as the favorites to win the Pac-12 South and through three weeks of the season, these two appear to be among the best in the division.

The Utes made it to the Pac-12 Championship Game last season without quarterback Tyler Huntley or running back Zack Moss. Both are back this year and look as strong as ever. Huntley has completed 77.8 percent of his passes for 602 yards, while tossing four touchdowns and zero interceptions. Moss has added 373 yards on the ground and four scores on 57 carries. This is a ground-and-pound offense, which means it relies heavily on the offensive line and those big guys upfront have excelled in 2019. The Utes average 226 rushing yards per game and have not allowed a sack this season.

As good as the offense has been, Utah’s team identity is a hard-nosed defense. The Utes are top-10 nationally in scoring defense and total defense. This all comes after Utah lost its top four tacklers from a year ago, including linebackers Chad Hansen and Cody Barton, but the Utes are reloaded in the middle of their defense. Sophomore linebacker Devin Lloyd leads the team with 24 tackles in 2019, with senior linebacker Francis Bernard right behind him with 22 tackles.

USC opened the season looking to right the ship, but it appeared to be sunk when starting quarterback J.T. Daniels went down with a torn ACL in game one. Those worries, however, were temporarily halted when true freshman quarterback Kedon Slovis looked like a seasoned veteran in his first career start against Stanford. Slovis set a USC record for passing yards by a true freshman in his first start by throwing for 377 yards and three scores against the Cardinal. But he came back to Earth last week as he threw three interceptions in a 30-27 overtime loss to BYU. The USC offense has dynamic playmakers at running back in Vavae Malepeai, Stephen Carr and Markese Stepp, as well as at receiver with Michael Pittman Jr., Tyler Vaughns and Amon-Ra St. Brown. Slovis just needs to get those players the ball and avoid mistakes.

Defensively, the Trojans have athletes all over the place, but have trouble with consistency. USC have struggled against highly mobile quarterbacks and Utah will present that problem in Huntley. The Trojans have had success stopping the inside run with their size and strength along the defensive line but need to be more consistent stopping outside runs. The USC secondary, nearly all new starters, have a budding star in safety sophomore Talanoa Hufanga, who leads the team in tackles.

USC has the talent and athletes to beat the Utes in a high-scoring affair, but if the game is played at the pace Utah wants to play, the Utes can make it tough on the Trojans. 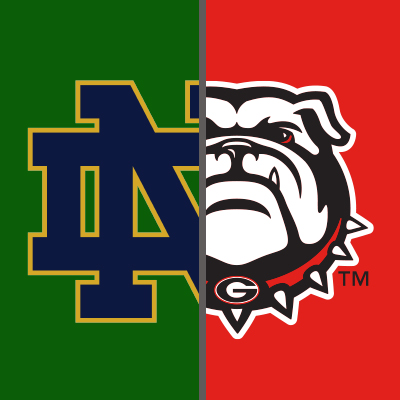 The Irish and Bulldogs will meet “Between the Hedges” on Saturday in the first game of the year that features two teams with a legitimate chance to make the College Football Playoff.

Notre Dame will be seeking revenge after Georgia beat the Irish in South Bend during the 2017 season. Notre Dame is 2-0 to start the year with a couple of relatively easy wins over Louisville (35-17) and New Mexico (66-14). The Irish offense starts and ends with senior quarterback Ian Book. The California native has thrown for 553 yards and six touchdowns. Book is also tied for the team lead in rushing yards with 127 yards and has added a pair of rushing scores. Junior running back Tony Jones Jr. has taken over as the top back, while senior receiver Chase Claypool has emerged as Book’s top target with 9 catches for 190 yards.

The Notre Dame defense has yet to be truly challenged, but they have played well, particularly in the secondary. The Irish have yet to surrender a touchdown pass and have three interceptions while allowing opponents to complete just 39 percent of their passes. Junior safety Alohi Gilman led the team in tackles a year ago and once again leads the Irish with 13 tackles this season.

Georgia has looked the part of a CFP contender this season through three games. The Bulldogs are 3-0 against lesser opponents but have won all three games handily. The offense is once again set up to be one of the most balanced units in the country. Junior quarterback Jake Fromm has been nearly perfect in 2019, completing 75 percent of his passes for 601 yards and five touchdowns. Georgia’s rushing attack is led by junior D’Andre Swift, who has averaged nearly 10 yards per carry this season and has accumulated 290 yards despite just nine second half carries this year. But the Bulldogs don’t need to rely on Swift alone, Georgia has five different running backs who have run for more than 100 yards this season and combined for 10 rushing touchdowns.

On defense, Georgia has statistically been among the best in the nation. The Bulldogs are allowing just 60 yards per game on the ground and 7.7 points per game. The strength of the Georgia defense is its pass rush. While the Bulldogs don’t have a player with more than 1.5 sacks, as a team they average four sacks per game. In the secondary, senior J.R. Reed and junior Richard LeCounte return as starting safeties this year and are the backbone of the defense.

These two teams have proved they can score at will, which means this game will come down to whichever side plays better defense. The Irish will need to establish the run to open up passing lanes for Ian Book. That is no easy task as Georgia has allowed just 2.1 yards per rush. On the other hand, Georgia will need to be able to throw against a stacked box as the Irish will surely try to stop the Bulldogs’ rushing attack. Either way, this one is shaping up to be the best game of the year so far.