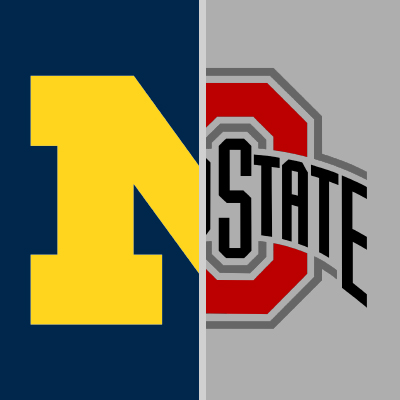 It’s simply known as “The Game”. One of the best rivalries in all of college sports. The Scarlet and Gray versus the Maize and Blue.

Ohio State has gotten the better of this rivalry lately. The Buckeyes have won the last six meetings with Michigan and 13 of the last 14 overall. Some of the games were close, like the 30-27 double overtime game in 2016 or the 42-41 thriller in 2013. Others were not, like the 42-13 drubbing by Ohio State in Ann Arbor in 2015.

But this year’s matchup has a different feel. The Wolverines, 10-1 overall and 7-0 in Big Ten play, have played like the best team in the Big Ten this season. Ohio State, also 10-1 overall, has played inconsistently and without discipline at times, but always seems to find a way to win.

There is also a little more on the line in this game. The winner will be crowned Big Ten East Champions, head to the conference championship game in Indianapolis next week and be primed for a position in the College Football Playoff.

The Buckeyes come into this matchup with one of the most dynamic offenses in the country. Sophomore quarterback Dwayne Haskins is having one of the best seasons in OSU history and the running back tandem of junior Mike Weber and sophomore J.K. Dobbins is the best one-two punch in the country. Ohio State has a cornucopia of tremendous receivers, led by senior Parris Campbell and junior K.J. Hill. Altogether, the Buckeyes rank second in the country in total offense, averaging 541.8 yards per game.

Michigan, on the other hand, boasts the top defense in the nation. Led by Butkus Award finalist junior linebacker Devin Bush, the Wolverines are No. 1 in passing yards allowed (123.2 per game) and No. 1 in passing efficiency defense. The Wolverines wreak havoc on the edges with senior Chase Winovich (13.5 tackles for loss, four sacks) and junior Rashan Gary (6.5 tackles for loss, 3.5 sacks), and play tight man-to-man defense on the back-end, giving quarterbacks little time to find open receivers.

When Michigan has the ball, the Wolverines rely heavily on the running ability of senior running back Karan Higdon, who leads the team with 1,141 yards on 209 carries. The next closest runner for the Wolverines has 66 carries. Ohio State’s defense has been exposed at times this season, particularly in the passing game where the Buckeyes rank 77th nationally. Last week against Maryland, however, the Buckeyes had trouble with the Terrapins’ misdirection rushing attack. The Terps racked up 339 rushing yards at 7.1 yards per carry and score 51 points on the Ohio State defense.

The Buckeye offense against the Michigan defense is a clash of the titans. Each side should have big plays, but will likely cancel each other out. This means that the game will largely hinge on the play of the Wolverine offense and the Buckeye defense. Both units have played well at times, but a couple big plays from one or the other will likely decide the outcome of the game. 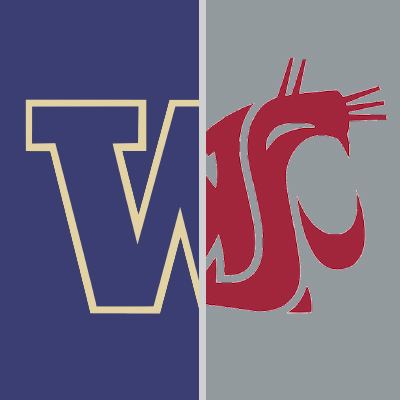 For the second time in three years, the Apple Cup will determine the Pac-12 North title.

This year, however, the script has been flipped from 2016. Back then, Washington headed into Pullman, Wash., as a potential College Football Playoff team. The Huskies took care of business and defeated an 8-3 Washington State team, 45-17. Washington went on to defeat Colorado in the Pac-12 Championship Game and made the College Football Playoff as the No. 4 seed. Now, Washington State (10-1, 7-1 Pac-12) looks like the potential playoff team, currently No. 8 in the CFP Rankings, while Washington (8-3, 6-2 Pac-12) is currently No. 18 in the CFP Poll.

The Cougars and head coach Mike Leach’s air raid attack is the top offense in the Pac-12, racking up nearly 500 yards per game. The majority of those yards come through the air from the right arm of senior transfer quarterback Gardner Minshew, who has been named Rose Bowl Game Pac-12 Player of the Week three times this season. Minshew has almost 500 more passing yards than the next best quarterback in the country and leads all of college football in completions, attempts and touchdown passes. What makes defending the Washington State passing attack so difficult is Minshew’s ability to spread the ball around. Ten different players have 19 or more catches this season for the Cougars, and seven of those have at least 30 receptions. Ten different players have caught at least one touchdown. But Washington State can also run the ball to keep defenses off-balance. Top backs James Williams and Max Borghi have combined to average 4.8 yards per carry this season.

While this will be the toughest challenge for the Washington defense, the Huskies have the No. 2 defense in the Pac-12. Led by senior linebacker Ben Burr-Kirven, who leads the Pac-12 and is ranked second nationally in tackles per game, Washington allows just 192.8 passing yards per game. While the Huskies have just six interceptions this season as a team, sophomore defensive back Byron Murphy is among the nation’s leaders in passes defended with 13. Washington will need to find a way to put pressure on Minshew, but the Huskies are No. 10 in the Pac-12 in sacks with 1.55 per game.

Offensively, Washington has two of the most experienced and successful players in Pac-12 history. Senior quarterback Jake Browning is sixth all-time in the Pac-12 in passing yards (11,589), total offense (11,815) and career touchdown passes (94). Browning ranks fourth all-time in total touchdowns with 110. Senior running back Myles Gaskin ranks fifth all-time in rushing with 4,961 yards and is tied for fourth in career rushing touchdowns with 52. Gaskin has 906 rushing yards this season, which makes him 94 yards short of his fourth straight 1,000 yard season, a mark never reached by a Pac-12 player and reached by only nine players in NCAA history.

Washington State has one of its best defenses under Leach, ranking fourth in the Pac-12 and 26th nationally, allowing 333.8 yards per game. The Cougars, while a bit undersized on defense, utilize speed. Washington State leads the Pac-12 with 34 sacks this season, accomplishing that number with a league-high 15 different players who have recorded a sack. The Cougars are third in the Pac-12 in takeaways (17) and third in defensive third down percentage (34.9), which could come up huge in a close matchup.

With so much to play for, both teams will pull out all the stops in this one. Expect some gadget plays from the Cougars on offense, while the Huskies may have a wrinkle or two on special teams that could drastically change the game. Buckle up, this sets up to be a great game. 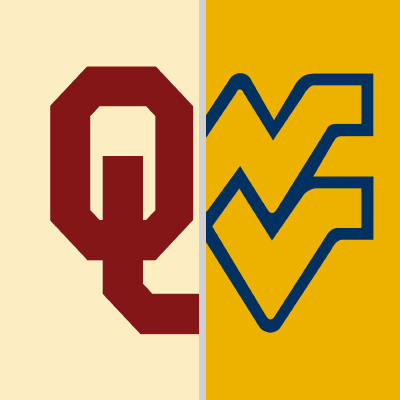 With a spot in the Big 12 Championship Game on the line, this game will feature all the offense you could ask for.

The winner of this game earns a spot in the conference title game, while the loser will not – unless Kansas upsets Texas this week. If West Virginia and Kansas win, the Big 12 Championship would be a rematch of this game. If Oklahoma and Texas win, the Red River Rivalry would be replayed for the conference crown.

But back to this matchup, the Sooners enter the game with College Football Playoff hopes. Oklahoma enters the matchup 10-1 and No. 6 in the latest CFP Poll. The Sooners may need some chaos in front of them to break into the top four, but there isn’t a better offense than OU’s in the country.

West Virginia was knocking on the playoff door up until a week ago, when the Mountaineers fell to Oklahoma State, 45-41. WVU dropped to No. 13 in the latest CFP rankings, but with a win could still make their way to the conference championship.

This game pits two of the top offensive attacks against each other. Oklahoma and West Virginia are two of the ten teams nationally that average more than 500 yards of offense per game. Oklahoma is No. 1 in the country, averaging 576.1 yards per game, while West Virginia is 10th at 502 yards each game.

Oklahoma is on pace to set an NCAA record with a staggering 8.8 yards per play. The Sooners are the only team in the country with at least 30 rushing touchdowns (36) and 30 passing touchdowns (36). The Mountaineers have scored on more than half their drives this season (63-of-121).

The best battle of this game will be between the quarterbacks. WVU’s senior Will Grier and OU’s junior Kyler Murray are among the nation’s best passers and both could end up as Heisman Trophy finalists. Murray leads the Big 12 in total offense with 368.1 yards per game, while Grier leads the conference in passing yards per game with 332.5. Murray holds the edge in the ground game, averaging 67.2 yards per game rushing, while Grier has a slight lead in touchdown passes, with 3.3 per game.

With both offenses nearly unstoppable, the game may come down to which defense can bend, but not break. That has been the mantra of the Mountaineers on defense this season, as they rank No. 2 in the Big 12 in scoring defense, rushing defense, interceptions and opponent third down percentage, all while allowing 380 yards per game, 55th nationally. Oklahoma’s defense improved in the two weeks immediately following the firing of former defensive coordinator Mike Stoops, but the problems on defense haven’t been solved. Over the last three games, the Sooners have allowed 40 or more points to Texas Tech, Oklahoma State and Kansas.

This is a can’t-miss type of game where the offenses will trade blows back-and-forth. It could be the Heisman-moment for either Murray or Grier, who will lead their team down the field in the waning moments of an already huge statistical game. It has all the makings of the repeat of a 2016 Big 12 game between Oklahoma and Texas Tech, when the two offenses combined for 125 points and an NCAA Division I record 1,708 yards of offense. The numbers may not be that high, but they’ll be close.