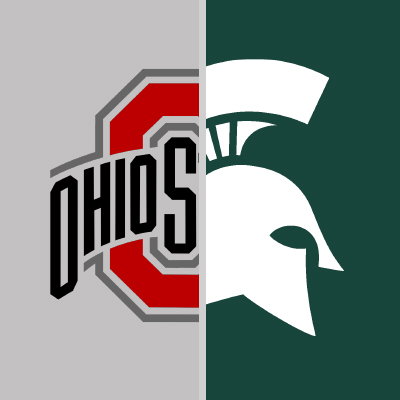 From 2011 to 2016, Michigan State and Ohio State split six meetings, including two games decided by one point and two decided by three.

Last year, however, the Buckeyes steamrolled the Spartans, 48-3, in Columbus. MSU was held to 195 total yards and converted just 4-of-17 third down attempts. Meanwhile, Ohio State racked up 335 yards on the ground as both Mike Weber and J.K. Dobbins eclipsed the 100-yard mark.

This season, the Buckeyes enter this matchup 8-1 overall and 5-1 in the Big Ten. They can win the Big Ten East by winning their final three games, including a date against #4 Michigan on November 24. Ohio State has one of the top offenses in the country this season, led by sophomore quarterback Dwayne Haskins, who ranks in the top-10 nationally in passing attempts, completions, completion percentage, passing yards, and touchdowns. The Buckeyes rushing attack is the two-headed monster of Dobbins and Weber. Dobbins leads the team with 684 yards this year and seven touchdowns, while Weber has 607 yards and three scores.

The Ohio State defense is a youthful bunch in 2018 and has gone through some growing pains. The Buckeyes rank eighth in the Big Ten and 69th in the country in total defense, surrendering nearly 400 yards per game. Part of the problem may be that Ohio State is without future first round NFL Draft pick  Nick Bosa, who will miss the rest of the season after surgery on a core injury. But even with Bosa the Buckeyes were playing with a thinner defensive line than normal as OSU lost five defensive players to the NFL Draft in 2017, three of which were defensive lineman.

Michigan State has had a roller coaster of a season. The Spartans are 6-3 overall and 4-2 in conference play, but have been up-and-down all year. MSU lost a shocker to Arizona State, 16-13, back in week two, then again fell in surprising fashion to Northwestern in early October. The Spartans bounced back with a win over then-#8 Penn State, only to lose the next week to Michigan in a game where MSU had only 94 yards of total offense. Throughout the year, Michigan State’s offense has had a tough time getting going. Junior quarterback Brian Lewerke has battled injuries and inconsistent play and the MSU running game hasn’t found its footing. Overall, the MSU offense is ranked 111th in total offense.

Where the Spartans have shined is on defense, specifically against the run. Michigan State boasts the top rushing defense in the country, holding opponents to 72 yards per game. Against the pass, MSU’s defensive passing efficiency is 37th nationally, boosted by the fact that the Spartans have 12 interceptions this season, third best in the Big Ten. The Michigan State defense is led by junior linebacker Joe Bachie, who leads the team with 68 tackles this year. Junior defensive end and former walk-on Kenny Willekes has become one of the best pass rushers in the country, leading MSU with 13.5 tackles for loss and 7.5 sacks.

This game sets up as strength against strength when Ohio State’s offense meets the Michigan State defense. The Buckeyes are talented enough that they will score some points, so this game should come down to whether or not the Spartan offense can find some rhythm throwing the ball. 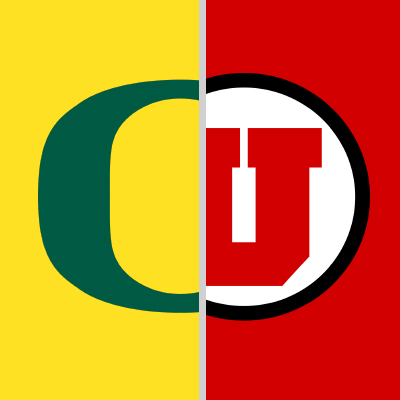 The Ducks and Utes both have hopes to play in the Pac-12 Championship Game, but both have significant obstacles to overcome over the next three weeks.

Oregon comes into the game 6-3 overall and 3-3 in the Pac-12, tied for third in the North division. The Ducks need help from several teams to play for the conference title. Oregon would need to be tied alone with Washington at 6-3 in conference play to head to Santa Clara on November 30.

Utah, on the other hand, is 6-3 overall and 4-3 in conference, tied for first in the South division. The Utes biggest challenge will be replacing starting quarterback Tyler Huntley, who broke his collarbone last week against Arizona State. Utah needs help to win the division as well, as ASU is the only team in the South division that controls its own destiny.

Oregon started the season by scoring 120 points in the first two games but has surpassed 40 points only twice since. The Ducks have found pretty good balance between the pass and the run, with 303 passes compared to 367 runs this season. Junior quarterback Justin Herbert was expected to be a Heisman-candidate heading into the year, but has struggled to find receivers other than junior Dillon Mitchell. Mitchell leads the team with 56 catches for 833 yards, more than 30 catches and 500 yards more than the next highest total. The freshman running back duo of CJ Verdell and Travis Dye lead the ground attack for Oregon with a combined 1,041 yards and seven touchdowns.

Utah boasts the top rushing defense in the Pac-12, which should force Oregon to throw the ball. But the Utes are among the best in the conference against the pass as well, holding opponents to 214 yards per game through the air and rank second in the Pac-12 in defense passing efficiency. Senior linebackers Chase Hansen and Cody Barton lead the Utes defense with more than 70 tackles apiece, while Hansen’s 15.5 tackles for loss rank sixth in the country.

Offensively, Utah will need to lean on junior running back Zack Moss with Huntley out for the season. Moss ranks third in the Pac-12 with 1,092 rushing yards and second in the conference with 11 rushing scores. The Utes will turn to redshirt freshman Jason Shelley at quarterback. Shelley was a three-star recruit and the #17 dual threat quarterback in the country coming out of high school. In limited action this season, Shelley is 6-for-14 passing for 99 yards and an interception, plus 47 rushing yards.

Oregon hasn’t been particularly strong at stopping the run (43rd nationally) or the pass (96th), but they have been exceptional at making the most of their opportunities for takeaways. The Ducks are tops in the Pac-12 with 13 interceptions and 17 forced turnovers overall. Freshman safety Jevon Holland leads Oregon with four interceptions, including a pair in a win at Cal in late September.

This game lands squarely on the shoulders of Utah’s young quarterback. A healthy dose of Zack Moss should be expected, but the Utes defense will have to help Shelley if Utah wants to win. Expect Oregon to bring plenty of pressure on defense to try to rattle the young signal caller. On offense, the Ducks need to get their own quarterback Herbert comfortable early playing in a cold, hostile environment in Salt Lake City. 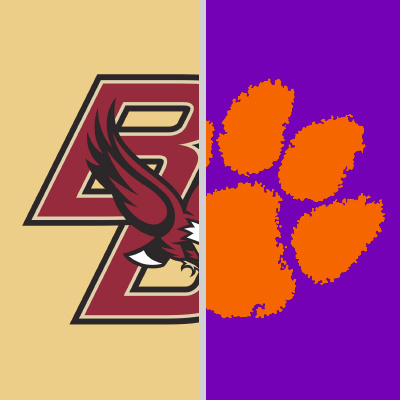 Boston College is one of the biggest surprises in college football this year, but do they have enough to unseat the ACC’s best Clemson?

BC is 7-2 overall and 4-1 in ACC play. The Golden Eagles won six of their last eight games last season and were a popular dark horse pick to challenge Clemson in the ACC Atlantic division. This season, Boston College started 3-0 before a tough three week stretch that saw them drop two games. But BC has bounced back with three straight wins and is ranked in the CFP rankings for the first time in school history.

Since taking over as the full-time starter at Clemson in late September, true freshman quarterback Trevor Lawrence has been one of, if not the best, quarterbacks in the country. Lawrence has completed 66-percent of his passes and thrown nine touchdowns to just one interception. But Clemson is far from a pass-only team. The Tigers have four running backs who have accumulated more than 294 yards this season and all four average over 6.3 yards per carry. Leading that loaded backfield is sophomore running back Travis Etienne, who has 998 yards on just 116 carries and has scored an ACC-leading 15 touchdowns.

The only thing scarier than the Clemson offense is the Clemson defense. The Tigers have the #6 rushing defense and #17 passing defense in the country. Clemson boasts a defensive line that could have all four starters drafted in the first round of next year’s NFL draft. The Tigers rank second nationally in both tackles for loss per game at 9.9 and sacks per game at 3.56.

With that being said, Boston College has proven capable of scoring points without the offense being on the field. The Golden Eagles are one of only 21 teams in the country who have scored multiple defensive touchdowns. BC also ranks #5 in the country with four blocked kicks this season, two punts and two field goals. The Golden Eagles will be challenged in stopping the Clemson rushing attack as BC surrendered more than 150 yards per game on the ground. But if Boston College can get the Tigers in third-and-long scenarios, the Golden Eagles passing defense can shine. BC ranks 22nd in defensive passing efficiency and is first in the ACC with 14 passes intercepted.

The Golden Eagle offense relies heavily on the run, where they average more than 225 yards per game. Sophomore AJ Dillon is one of the best backs in the country and has tallied 897 yards and eight touchdowns this season. Sophomore quarterback Anthony Brown has been efficient when called upon, throwing for 1,567 yards and 16 touchdowns with five interceptions, but the Golden Eagles are a run-first teams. BC runs the ball nearly two-thirds of the time, but to beat Clemson, they’ll need to air it out a bit.

On paper, this looks like another game Clemson could win by 40 points. While the Tigers are the superior team, Boston College has played good football this year. If they can force Clemson into obvious passing situations and create some turnovers via interceptions or blocked kicks, BC could come up with the upset.