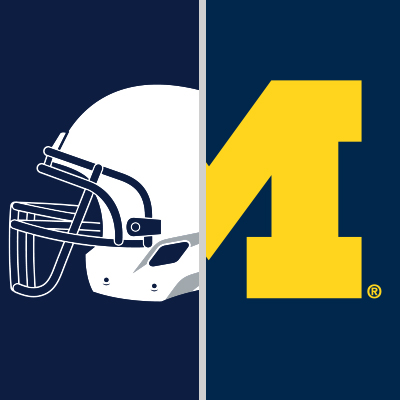 In each of the last two seasons, the home team has won in a blow-out in this matchup. Will this year follow that path?

There isn’t a team in the country that is playing as well on defense as the Michigan Wolverines. The Maize and Blue have the top-rated defense in the nation, holding opponents to 220 total yards per game. The Wolverines haven’t allowed more than 209 yards passing in a game this season and have held four of their last five opponents to 100 yards or less through the air. Michigan is doing all of this despite missing one of the top pass rushers in the country, Rashan Gary, who has been out with an shoulder injury. In his stead, Michigan has relied heavily on the play of senior defensive end Chase Winovich, who leads the team with 11 tackles for loss.

So how can the Penn State offense solve the puzzle that is the Michigan defense? Trace McSorley. The senior quarterback has been the engine that makes the Nittany Lions go. McSorley has thrown for 1,628 yards and is second on the team with 617 yards rushing. He’s tossed 12 touchdown passes and ran for nine more. At times this season, McSorley has had trouble connecting with receivers, but when everything breaks down, he’s been able to punish opponents by pulling down the ball and running.

Michigan’s offense has slowly-but-surely come into its own this season. After a slow start to the year, junior quarterback Shea Patterson has become one of the most efficient passers in the country. After the opening game loss to Notre Dame, Patterson has thrown 12 touchdown passes compared to just two interceptions. But the bread-and-butter for the Wolverines is their rushing attack, which has found its footing with Patterson and a trio of running backs, senior Karan Higdon, junior Chris Evans and freshman Tru Wilson. Higdon leads the group with 831 yards and 5.4 yards per carry, but Wilson (217 yards) and Evans (194 yards) also average over 5.1 yards per carry. Patterson has also added 155 yards on the ground over the last four games.

With the game in the Big House in Ann Arbor, Michigan, the Wolverines will have the benefit of playing in front of 100,000 screaming fans. For Penn State to pull off the upset, they’ll need to quiet the crowd early and often. The key for Michigan is to establish the run game and keep Trace McSorley in check. 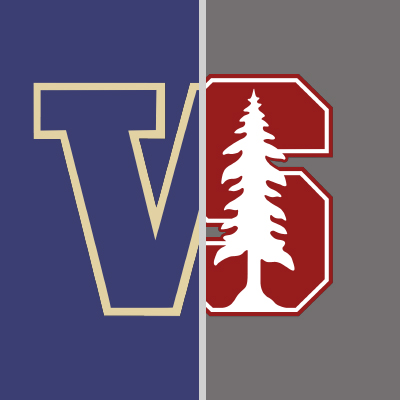 Although these two teams aren’t where they hoped to be this season, this series has become somewhat of a rivalry game. The all-time series between Stanford and Washington is tied a 42-42-4. The Cardinal have won four of the last five meetings, but three of those wins were by eight points or less.

Washington suffered a stunning loss to Cal last weekend, 12-10, in a game that featured just one offensive touchdown. The Huskies benched four-year starting quarterback Jake Browning in the second half, only to have him return after the backup threw an interception that was returned for a touchdown. Browning, who has thrown for 2,049 yards and 12 touchdowns this season, is expected to start against the Cardinal.

Stanford, on the other hand, is coming off a loss, 41-38, to Washington State. The Cardinal scored the game-tying touchdown to make it 38-38 with 1:25 remaining in the game. The Cougars marched down the field and kicked a game-winning field goal with 19 seconds left for the win.  Senior running back Bryce Love, who has had nagging injuries all season, was having his best game of the year (six carries, 71 yards) but still didn’t have the burst that the preseason Heisman favorite had a year ago.

The biggest factor for Stanford to win this game is their rushing attack. Even if Love isn’t 100-percent, senior Cameron Scarlett and junior Trevor Speights will need to step up and carry the ball for the Cardinal. Washington has the #12 passing defense in college football, so the Stanford will need to establish the run to set up the passing game.

If Washington can shut down the Cardinal running game and force Stanford to throw the ball, they’ll need to stick to senior wide receivers JJ Arcega-Whiteside and Trenton Irwin. Together the top two Cardinal wide outs have 89 catches for 1,168 yards. Arcega-Whiteside also has 11 touchdowns this season.

The key for the Huskies in this matchup is getting Browning settled in early. The Washington quarterback is a four-year starter and holds nearly every UW passing record. This season has been a bit of a rollercoaster for Browning, but if he can get on a roll early, he’s one of the best quarterbacks in the country.

Stanford’s passing defense ranks 112th in the country, but they feature one of the best cornerbacks in college football, sophomore Paulson Adebo, who is third nationally with two pass breakups per game. The Huskies have relied heavily on junior receiver Aaron Fuller, who has 19 more catches than anyone else on the team. If Adebo locks down Fuller, they will force Browning to find other outlets.

This game is setting up to be a low-scoring affair, with a late turnover being the difference. 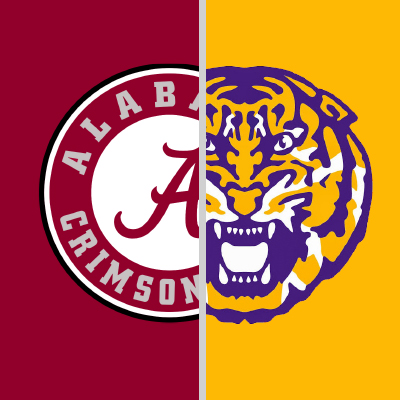 #1 vs. #3. It doesn’t get much better than that. Alabama has won the last seven games against LSU, but when these two teams meet, it’s always a knock-down, drag-out, physical battle.

Alabama, to put it simply, is the best team in college football at this point in the season. Statistically, the Crimson Tide ranks at or near the top of every stat category, including scoring offense (1st, 54.1 point per game), scoring defense (10th, 15.9 points per game), total offense (2nd, 564.3 yards per game) and total defense (16th, 307.9 yards allowed per game). You’d be hard-pressed to find any weaknesses, but Alabama does rank 104th in net punting and 103rd in fourth down conversion percentage. They’ve punted just 18 times and attempted to convert seven fourth down plays in eight games.

For the Tigers, defense has been the key. LSU ranks 22nd nationally in total defense and has one of the best passing defenses in the country. The Tigers lead college football with 14 interceptions through eight games and are ranked fifth in pass efficiency defense.

This game, however, will be the biggest challenge thus far for the LSU defense. Alabama is led by the odds-on Heisman Trophy favorite, sophomore quarterback Tua Tagovailoa, who is on pace to smash the NCAA record for passing efficiency. The current record, which was set by last year’s Heisman Trophy winner, Baker Mayfield, is 198.9. Tagovailoa’s current efficiency rating is 238.8 due to his 70.4-percent completion rate, 25 touchdowns and zero interceptions. He has spread the ball around to numerous receivers as the Tide have five different receivers with 21 or more catches, led by sophomore Jerry Jeudy with 31 catches for 777 yards and 10 touchdowns.

Offensively, the Tigers will rely heavily on senior running back Nick Brossette, who leads LSU with 697 rushing yards and 10 touchdowns. At times, LSU will also need transfer quarterback Joe Burrow to come up with a big play. Burrow, a junior who came to the Tigers from Ohio State, doesn’t have dazzling numbers, but has generally taken care of the ball and can pick up yards with his legs. LSU’s receiving core is full of great athletes that will challenge Alabama on the edges.

For the Tigers to have a chance in this game, they’ll need to protect the ball and force Alabama into turnovers. Alabama has only committed six turnovers all season, which will make that a tough task for LSU. The Tide’s key to victory will come along the offensive and defensive lines. Alabama needs to keep Tagovailoa upright and clean, while getting after Burrow when LSU has the ball. The Tide has averaged giving up less than a sack a game, while the Tigers surrender 2.25 sacks per game.

Regardless of how you feel about either one of these teams, you’re in for a good game. Alabama has yet to be challenged late in games this season, so it should be interesting to see how the Tide responds to adversity if LSU can challenge Alabama into the fourth quarter.