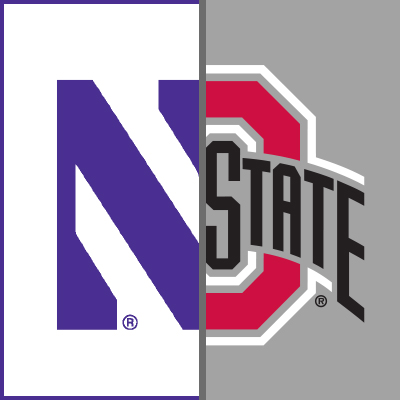 The Wildcats and Buckeyes will battle it out on Saturday for the title of Big Ten Champion.

Northwestern (8-4, 8-1 Big Ten) surprised a lot of experts this season by winning the Big Ten West. The Wildcats looked down and out after a 1-3 start to the season, including losses to Duke and Akron at home. But Northwestern rallied to win seven of its next eight to win the division and earn their spot in the Big Ten Championship Game.

Ohio State (11-1, 8-1 Big Ten) started the year scorching hot by scoring 40 or more points in its first four games but hit a mid-season lull that gave Buckeyes fans a scare. OSU squeaked past Penn State, Indiana and Minnesota, then lost to Purdue, 49-20. The Buckeyes bounced back with three wins, although not convincingly, to set up a matchup with Michigan to win the Big Ten East. Ohio State played their best game of the season against the Wolverines and defeated their rivals, 62-39.

Northwestern didn’t place anyone on the All-Big Ten First or Second Teams that were announced Wednesday, which is par for the course for this Wildcats team. Of the eight games Northwestern won, seven were by 10 points or less. The Wildcats have some very talented players this season, but they never seemed concerned about stats or accolades, winning was always the goal. Senior quarterback Clayton Thorson tore the ACL in his right knee in the Music City Bowl last season and was questionable heading into this year. Thorson split time with junior TJ Green to start the season but now is starting to look like the quarterback he was a year ago before the injury. Thorson has eight total touchdowns and just two interceptions over his last four games. While Thorson’s leadership has been key to the Wildcats’ success, the emergence of freshman running back Isaiah Bowser has kept the Northwestern offense on track. With just two carries through the team’s first six games, Bowser has exploded for 736 yards over Northwestern’s final six games, including four 100-yard rushing performances.

Ohio State has statistically the second-best offense in country. The Buckeyes have a potential Heisman Trophy finalist in sophomore quarterback Dwayne Haskins, who threw for 4,081 yards and 42 touchdowns this season. Both of those totals set Big Ten records, breaking Purdue’s Curtis Painter’s passing yards record and Drew Brees’ touchdown record. But Ohio State also has great balance in their offense, with a nearly 50/50 split between their passing and running this season. The running back duo of sophomore J.K. Dobbins (206 carries, 961 yards) and junior Mike Weber (140 carries, 807 yards) combine for one of the best 1-2 punches in college football. Ohio State also has one of the deepest receiving corps in the country, led by senior Parris Campbell, who has a team-high 72 catches for 903 yards and 11 touchdowns.

Neither team’s defense has been particularly strong this season, but the Buckeyes have been able to get after opposing quarterbacks. OSU averages nearly three sacks and seven tackles for loss per game, both second in the Big Ten. Northwestern’s defense, similarly to their offense, doesn’t stand out in any areas, but has done enough to win. Where the Wildcats do stand out is in their lack of being penalized. Northwestern has been called for the fewest penalties in the country this season, just 34 total flags thrown on the Wildcats in 12 games. Ohio State, on the other hand, has been called for almost three times the number of penalties, 98, which ranks 123rd in the country.

If this game gets out of hand, it will likely favor the Buckeyes. A tight game, on the other hand, might lean toward the Wildcats. 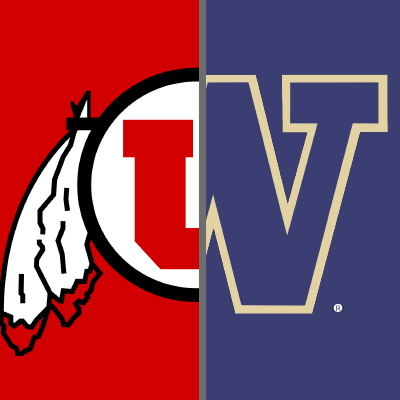 The Utes and Huskies will battle for the Pac-12’s coveted spot in the Rose Bowl Game.

Utah (9-3, 6-3 Pac-12) started the conference season with losses against Washington and Washington State, but won seven of their next eight games. In that lone loss, it looked like the Utes may have lost more than a game when junior starting quarterback Tyler Huntley broke his collarbone. But redshirt freshman Jason Shelley has come in and led the Utah to three straight victories and landed the Utes in the Pac-12 title game.

Washington (9-3, 7-2 Pac-12) started the year as most experts’ favorite for the Pac-12 to play in the College Football Playoff. A season-opening loss to Auburn dampened those chances, but the Huskies got better each week through early October. But losses to Oregon and Cal derailed Washington in mid-October, only to have the Huskies bounce back with big wins over Stanford and Washington State to close out the year.

These two teams met during the season. Washington defeated Utah, 21-7, on September 15 in Salt Lake City. In a defensive battle, Washington held Utah to 261 yards, while the Utes held the Huskies to just 327 yards. Washington running back Myles Gaskin ran for 143 yards and a score on 30 carries, while the Huskies forced three turnovers.

But the Utah offense will look completely different this time around. The Utes will be without Huntley, as well as star junior running back Zack Moss, who was lost to a season-ending injury on November 7. Moss was second in the Pac-12 with 121.3 yards per game, but has been replaced by junior Armand Shyne, who has averaged 92 yards and a touchdown over the last three games. In the passing game, sophomore Britain Covey leads Utah in receptions (59), yards (631) and yards per game (52.6).

Washington’s offense is led by a couple four-year starters, quarterback Jake Browning and running back Myles Gaskin. Browning holds nearly every career passing record at Washington, while Gaskin is the school’s all-time leading rusher and has scored more touchdowns than any other Husky. Browning has battled some inconsistency issues this season and Gaskin has had some nagging injuries, but the duo seems to have found its way late in the season. Last week against Washington State, Gaskin ran for 170 yards and two touchdowns, surpassing the 1,000-yard mark for the season, becoming the first Pac-12 player to rush for 1,000 yards in four straight years.

Defensively, these two teams have two of the best middle linebackers in the country. Utah senior Chase Hansen leads the team with 101 tackles and leads the Pac-12 with 22 tackles for loss. Washington senior Ben Burr-Kirven is always around the football. He ranks second in the nation with 155 tackles, has four forced fumbles, three fumble recoveries and two interceptions this season. Expect to hear these two names a lot tonight.

Based on the game between these two teams back in September, expect another defensive battle. But with a trip to the Rose Bowl Game on the line, both teams will pull out all the stops and there could be a few trick plays that make a huge impact on the outcome of the game.