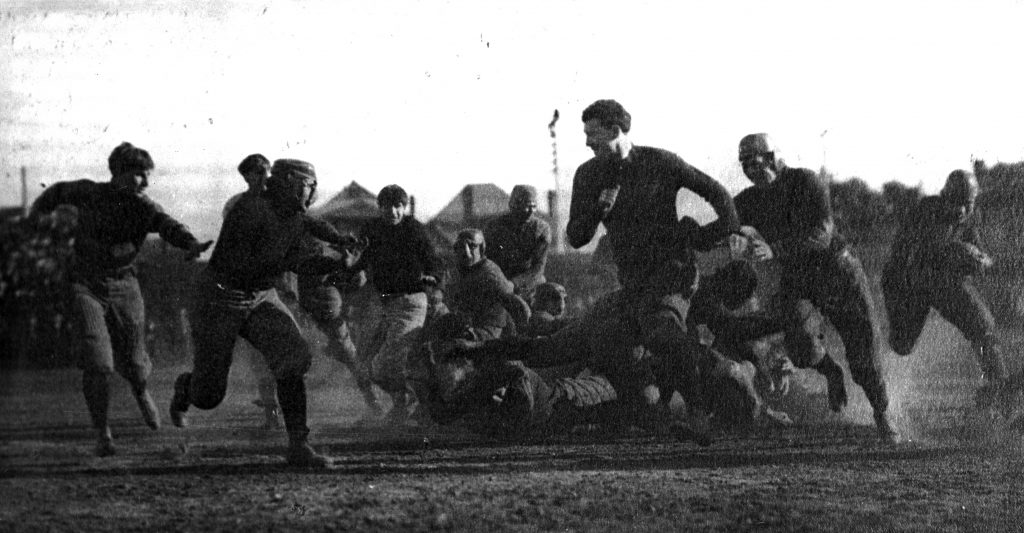 The first Tournament of Roses was staged in 1890 by members of Pasadena’s Valley Hunt Club, most of whom were former residents of the East and Midwest eager to showcase their new home’s mild winter weather. “In New York, people are buried in snow,” announced Professor Charles F. Holder at a club meeting. “Here, our flowers are blooming and our oranges are about to bear. Let’s hold a festival to tell the world about our paradise.”

More than 2,000 people turned out on New Year’s Day to watch a parade of flower-covered carriages, followed by foot races, polo matches and tugs-of-war on the town lot—a festival patterned after the “Battle of the Flowers” in Nice, France. The tournament games and the abundance of flowers prompted Professor Holder to suggest “Tournament of Roses” as a suitable name for the festival.

As the parade and festival grew, it became too big for the Valley Hunt Club and the Tournament of Roses Association was formed in 1895.

In 1902, the Tournament of Roses decided to enhance the day’s festivities by adding a football game—the first postseason college football game ever held. The game would provide an additional fundraiser for the parade and was to feature the best team from the East against the best team from the West. More than 8,500 spectators packed stands meant for only a few thousand at Tournament Park as Pacific Coast Champion Stanford played Michigan. According to the Bentley Historical Library at the University of Michigan, the Wolverines “left Ann Arbor on Dec. 17 with temperatures below freezing and six inches of snow on the ground. Eight days later, Michigan arrived in Los Angeles and was greeted by 80-plus degrees.” 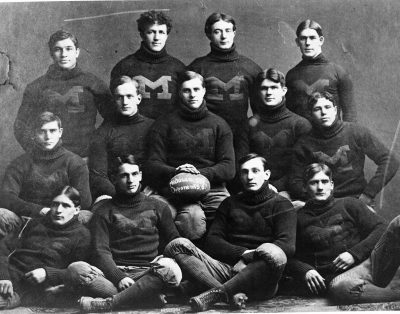 Football was a different game in the early 1900’s, as the forward pass was yet to become legal, touchdowns and field goals each were worth five points, and extra points were worth one. Michigan entered the game with a 10-0 record and had outscored opponents 501-0 throughout the season. After a slow start to the game, the Wolverines ran away with the victory, 49-0.

Despite the 8,500 spectators that packed the field, it was reported that the football game didn’t meet financial expectations. The lopsided score, too, made organizers fear that spectators might lose interest, so the game was replaced by a polo match in 1903 and by chariot races beginning in 1904 until football returned in 1916.

Since then, the Rose Bowl Game has been played every year, with the 106th edition coming on January 1, 2020. It wasn’t until 1935 that another college bowl game would be added, as the Sugar Bowl, Orange Bowl and Sun Bowl were played for the first time that year.