PASADENA, Calif. (December 5, 2019) – The Pasadena Tournament of Roses® is ready to announce the highly anticipated Grand Finale presented by Wells Fargo for the 131st Rose Parade® presented by Honda on Wednesday, January 1, 2020. 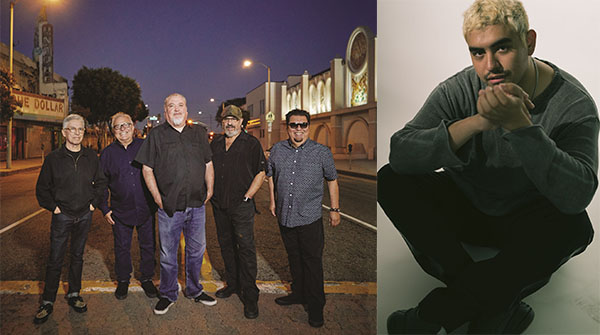 “Where Flowers and Football Meet”

Straight from East LA and directly into the hearts of millions around the world is legendary rock band Los Lobos; known for their hit single “La Bamba,” the spirited song that held the number one spot in nine countries. Los Lobos has racked up three GRAMMY® wins and earned a Latin GRAMMY Lifetime Achievement Award honor.

Los Lobos welcomes the new kid on the block, Alejandro Aranda (known to many by his new moniker “Scarypoolparty”). Scarypoolparty is one to watch with over 80 million social media views from the success of his back-to-back-to-back singles “Tonight,” “Cholo Love” and “DIAMONDS.” Fresh off his runner up stint on American Idol, this Pomona, California native joins Los Lobos performing a mash up of Los Lobos classics including the infectious “La Bamba,” and “Come On” while looping in some of Scarypoolparty’s own music including “Tonight.” Old guard meets new!

To punctuate the Grand Finale theme, “Where Flowers and Football Meet,” a surprise celebrity guest will throw a team-branded football directly from the parade route that will magically soar to the Rose Bowl Stadium and be caught by another notable personality. Who’s going to make the throw? Who’s going to make the catch? Stay tuned for the anticipated surprise reveal.

For millions of viewers around the world, the Rose Parade is an iconic New Year’s Day tradition. Join us on Wednesday, January 1, 2020 to experience the floats, bands and equestrians as they parade down Colorado Blvd.