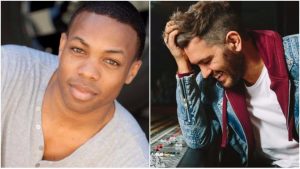 The Tournament of Roses’ theme, “Making A Difference,” motivated every note of this year’s Opening Show. YouTube sensation and Broadway star, Todrick Hall, leads a spectacular cast and crew of over 100 dancers and musicians through a mesmerizing, heart-racing celebration. Todrick is a new kind of star, known for his versatility in the performing arts, Todrick is a multifaceted artist and entertainment powerhouse. The Opening Show shares the simple secret of why generations of Rose Parade fans are drawn to America’s New Year Celebration®.

The finale of this year’s Rose Parade is the Closing Show presented by Wells Fargo and features multi-platinum, selling pop artist and songwriter Andy Grammer. The first male pop star in a decade, since John Mayer, to reach the Top 10 at Adult Pop Radio on his first two singles, Grammer has taken the music world by storm with a succession of anthemic pop hits. This street filling performance will have you singing and dancing along to Andy’s new hit “Smoke Clears” from his latest album and fan favorite “Good to Be Alive.” Andy’s music drives home an empowering message and will no doubt leave you feeling inspired.

For millions of viewers around the world, the Rose Parade is an iconic New Year’s Day tradition. Join us on Monday, January 1, 2018, with Todrick and Andy to experience the floats, bands, and equestrians as they parade down Colorado Blvd.