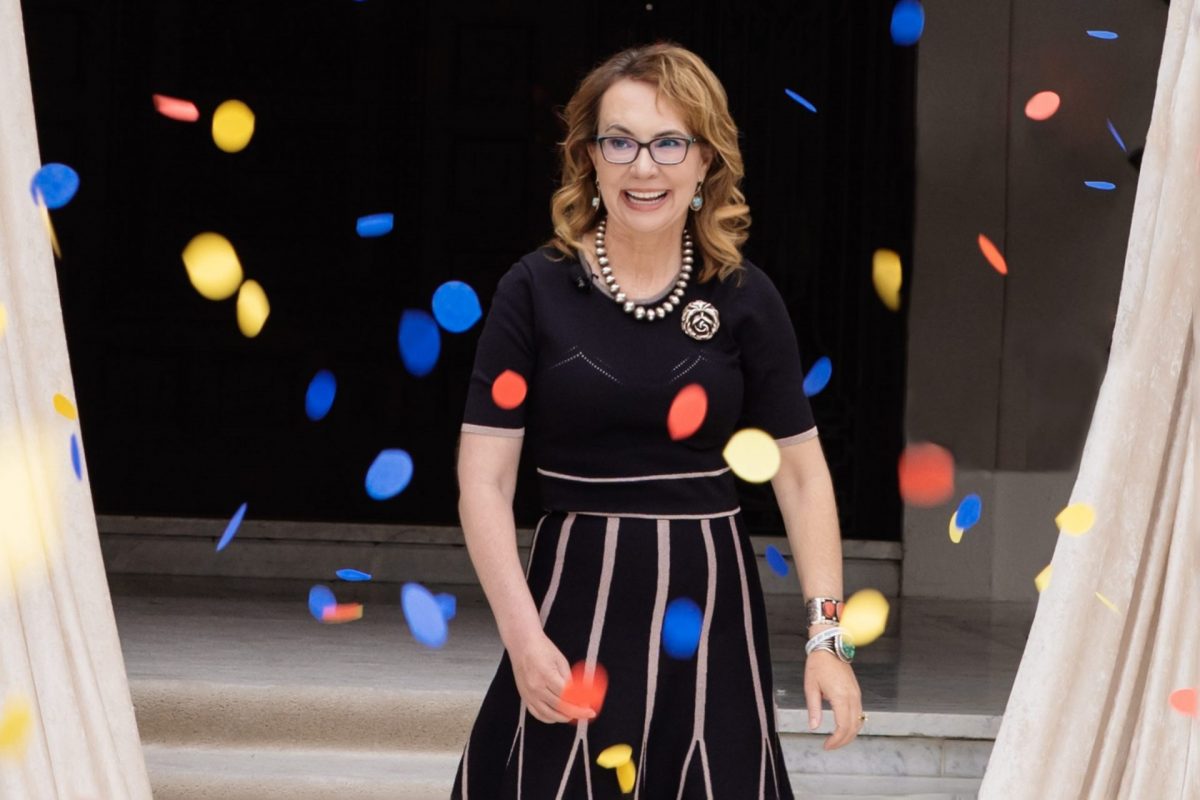 “Almost all of us have the luxury to face our challenges in private and many of us also have the freedom to overcome or heal on our own timeline. But when one has no choice but to be both vulnerable and strong in public, with the whole nation watching, that calls for a special brand of bravery and that is why Gabby Giffords is the perfect example of how to turn the corner.”

The announcement was a celebratory event on the front steps of Tournament House in Pasadena, 80 days before the Rose Bowl Game and Rose Parade presented by Honda, both on January 2, 2023.

“It’s a tremendous honor to serve as the Grand Marshal of the 134th Rose Parade. I love the theme of ‘turning the corner’—the idea that we all can make a conscious decision to go in a different direction, towards something better,” said Giffords. “This philosophy of moving ahead is one that I’ve tried to embody both in my personal journey of recovery since being shot in 2011 and in the fight for gun violence prevention that has become my life’s work.”

Throughout her life, Gabby has sought to improve her community and country by using her extraordinary ability to bring people together to focus on how we can make things better. This trait has made her a powerful public figure in this moment and inspires people every day to take actions of their own to make a difference. Gabby served her home state as a member of the Arizona legislature and then as a Member of Congress. As the youngest woman ever elected to the Arizona State Senate and a trailblazer in other offices, Gabby represented her community in the Arizona legislature from 2000 to 2005, and then in Congress from 2006 to 2012.

On January 8, 2011, at a “Congress On Your Corner” constituent event in Tucson, Gabby was shot in the head by a gunman who killed six people and injured 12 others. Gabby stepped down from Congress in January 2012 to focus on her recovery. As the nation’s eyes were upon her, Gabby embarked on a path to regain her ability to speak and walk, inspiring the country with her resilience and optimistic spirit.

According to Gabby, “The idea of ‘turning the corner’ also resonates from a national perspective. Our country has faced multiple years of a deadly pandemic and political rancor. Yet medical advances and bipartisan compromise have helped us to take steps towards a better future, even if these steps aren’t

always as quick or as sure as we would like them to be, but I’ve learned the importance of incremental progress—and that progress starts with having the courage to hope, and then to act on that hope.”

In 2013, after the tragic mass shooting at Sandy Hook Elementary in Newtown, Connecticut, Gabby co-founded the organization today known as Giffords. Over the past several years, the organization has been a leader in the national gun safety movement, making gun safety a kitchen table issue for voters. Giffords has helped gun safety champions win up and down the ballot in local, state, and federal races and worked hard to pass lifesaving legislation in states across the country and at the federal level. This summer, Gabby was awarded the Presidential Medal of Freedom, the nation’s highest civilian honor. Gabby Giffords Won’t Back Down, a documentary from the filmmakers behind RBG, premiered this year and is now available to stream at home on demand.

“I’m extremely grateful to follow in the footsteps of the many distinguished grand marshals in the Parade’s history and to blaze my own path forward. Thank you so much to Tournament of Roses President Amy Wainscott and to the Board of Directors for this privilege, and I look forward to being at the Parade on January 2nd.”

Gabby will ride in the 134th Rose Parade® presented by Honda, themed “Turning the Corner” and join in the pre-game celebration of the 109th Rose Bowl Game® both are held on January 2, 2023.