Tours Of Tournament House To Conclude For 2017 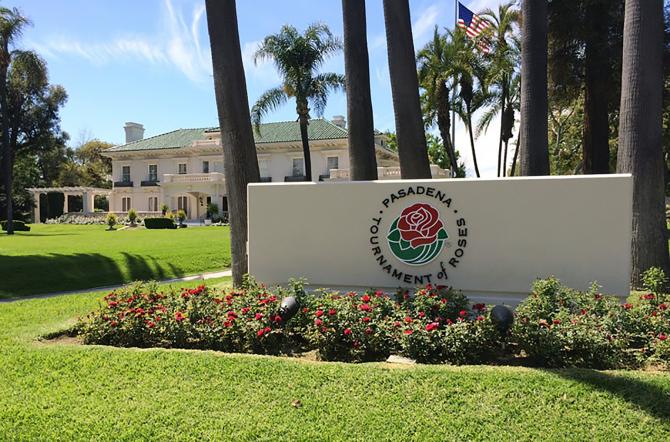 Pasadena, CA. (August 24, 2017) – Free tours of Tournament House will conclude for the year on August 31, 2017. The last tours of 2017 will be offered, at no cost, on August 24 and 31 at 2 PM and 3 PM Reservations are not required except for groups of 10 or more. Tours of Tournament House, the operating headquarters for the Tournament of Roses® Association, which oversees the annual Rose Parade® and the Rose Bowl Game®, will resume in February 2018.

Located at 391 S. Orange Grove Blvd., the house was once the home of chewing gum mogul William Wrigley Jr. and his wife, Ada. After Ada’s death in 1958, the Wrigley family presented the property to the city of Pasadena, with the request that it become the base of operations for the Tournament of Roses.  The Wrigley family had long enjoyed the Rose Parade as it unfolded just beyond their front yard.

Guided tours allow visitors to see the 21-room Italian-Renaissance-style mansion designed and built by architect G. Lawrence Stimson and his father George W. Stimson. Tournament of Roses volunteers from its Heritage Committee, well-versed in the organization’s history as well as in the details of the house itself, conduct the tours.