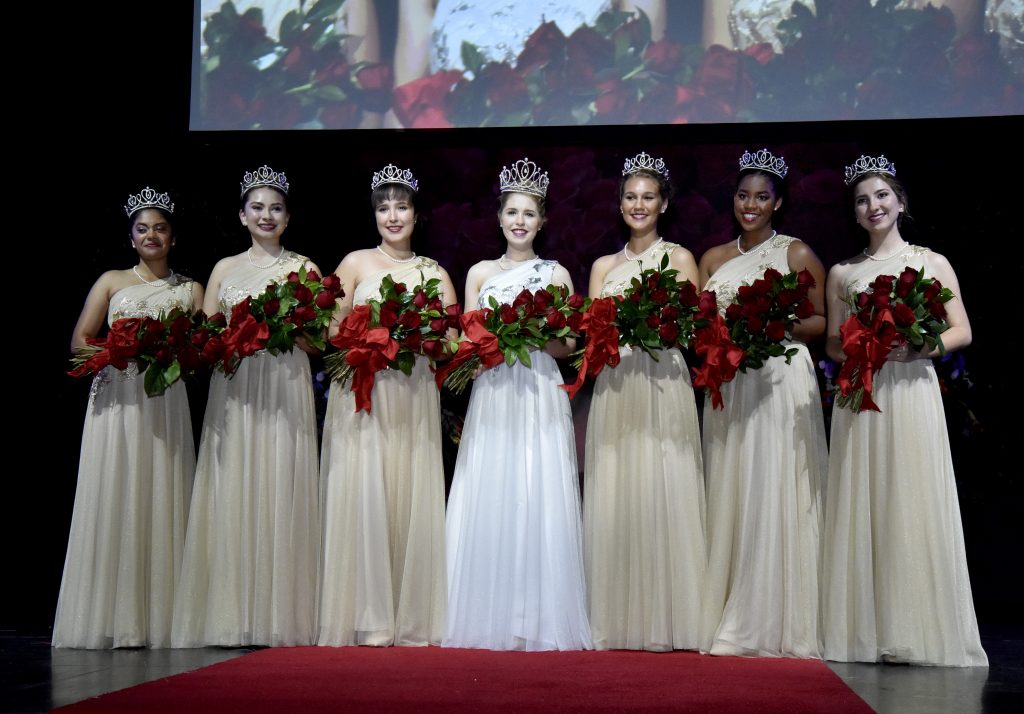 PASADENA, Calif. (October 22, 2019) – The Tournament of Roses® has named Camille Kennedy as the 102nd Rose Queen at the Announcement and Coronation ceremony presented by Citizens Business Bank. The event took place at the Pasadena Playhouse and was hosted by Lynette Romero, anchor/reporter of the KTLA5 Morning News.  The announcement was made by 2020 Tournament of Roses President Laura Farber and follows a month-long selection process with students from 45 Pasadena area schools participating in interviews. The Rose Queen and Royal Court were selected based upon a combination of qualities, including public speaking ability, academic achievement, youth leadership, and community and school involvement.

Camille is a senior at La Salle College Preparatory and lives in Pasadena. She is currently a member of her school’s drama/musical theater troupe and has been featured in three productions, including a lead role in the spring 2019 musical, “City of Angels.”  Camille is a member of the afterschool choral group and the Support Our Troops Club.  Camille enjoys listening to music, performing in theater productions with friends, cooking, and hitting the gym with her dad.  She plans to pursue a liberal arts degree in Japanese linguistics, social sciences, or culture and media studies. Camille is interested in going to college in Japan, with Waseda University in Tokyo and Asia Pacific University in Kyushu as her top choices.  Camille is the daughter of Tim and Jennifer Kennedy; she has two younger sisters, Ava and Esmé.

2020 Rose Queen Camille and the Royal Court will attend numerous community and media functions, serving as ambassadors of the Tournament of Roses, the Pasadena community, and the greater Los Angeles area. The grand finale will be their appearance on the Royal Court float in the 131st Rose Parade® presented by Honda and attending the 106th Rose Bowl Game® presented by Northwestern Mutual, both on Wednesday, January 1, 2020.

Crown and tiaras provided by Mikimoto.