PASADENA, Ca (August 16, 2019) – The Pasadena Tournament of Roses has selected Hitomi Gilliam AIFD, Phil Hettema and Lilit Khatchaturian as judges for the 2020 Float Awards sponsored by FTD. Each year, three judges select winners based on various criteria ranging from creative design and thematic interpretation to floral craftsmanship and artistic merit, to computerized animation and thematic interpretation. The Sweepstakes Trophy is presented to the most beautiful float entry encompassing float design, floral presentation and entertainment.

The award-winning floats will be announced the morning of January 1, 2020 on the front steps of Tournament House.  The 2020 Rose Parade presented by Honda will begin at 8:00AM/PST and will broadcast in the United States and around the world to kick off America’s New Year Celebration®. 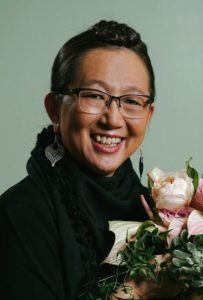 Hitomi is Founder of the Annual ‘Survival of the Creative Minds’ Conference in Taos, New Mexico. 20th Annual Conference ‘REFLECTION’ is scheduled for October 2019. She is the founder of ‘Trend Summit’, a biennial conference – 5th edition is scheduled for March 2020 in Vancouver, Canada.

Hitomi began her career in the Green Profession as a farmer/florist. She currently works with her son, Colin Gilliam in an Event & Education business, DESIGN358.

Phil Hettema is the President and Creative Executive of The Hettema Group (THG). With a distinguished 40 – year

Prior to founding THG, Phil served as Senior Vice President, Attraction Development for Universal Studios Theme Parks. Responsible for attraction planning for all of Universal’s parks worldwide, most notably he led the creative team that designed Universal’s Islands of Adventure in Orlando, Florida. He subsequently served as Chief Creative Officer for location-based entertainment at DreamWorks Animation.

Phil attended Art Center College of Design in Pasadena, California. He has been a guest lecturer at Art Center, Carnegie Mellon University, SCAD, USITT, IAAPA, KIN, ICOM, SIGGRAPH, and TEDX. Phil holds four patents for entertainment technology solutions and has been honored with numerous Thea awards from the Themed Entertainment Association (TEA). In 2018, Phil received the prestigious Buzz Price award for Lifetime Achievement from the TEA. He is currently Board President of the Ryman Arts Foundation, which provides free art instruction programs, as well as, career and college preparatory counseling to talented high school students throughout Southern California. 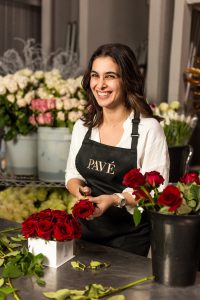 Lilit Khatchaturian is Founder and CEO of Pavé Fleur, a revolutionary system allowing fresh flower delivery to anywhere in the country within 24 hours. Lilit began her career working in her mother’s flower shop, Sky Flowers, after graduating from UCLA with her degree in Business/Economics. Applying her education, Lilit grew her mother’s two-person operation to become a world-renowned event production company, whose clientele ranges from celebrities and five-star hotels, to Fortune 500 companies.

Lilit has spent her 14 years immersed in the floral industry attending workshops and seminars produced by elite members of the AIFD community. Under the guidance and mentorship of world-renowned designer, Preston Bailey, Lilit and her team have executed countless high-profile events, most notably LeBron James’ wedding.  Lilit is a graduate of the PB Protégé Program, where she learned highly technical floral skills for creating one-of-a kind floral sculptures. Working alongside head designers, Lilit has learned the art of creating larger-than-life floral installations.

In 2019, Lilit will launch her “Flower Hour” channel on YouTube and Instagram to help inspire and educate people with unique floral tips, techniques and care.   Her hope is to spread her passion for flowers so that everyone can enjoy the positive effects of fresh blooms in their homes and their lives without feeling intimidated.