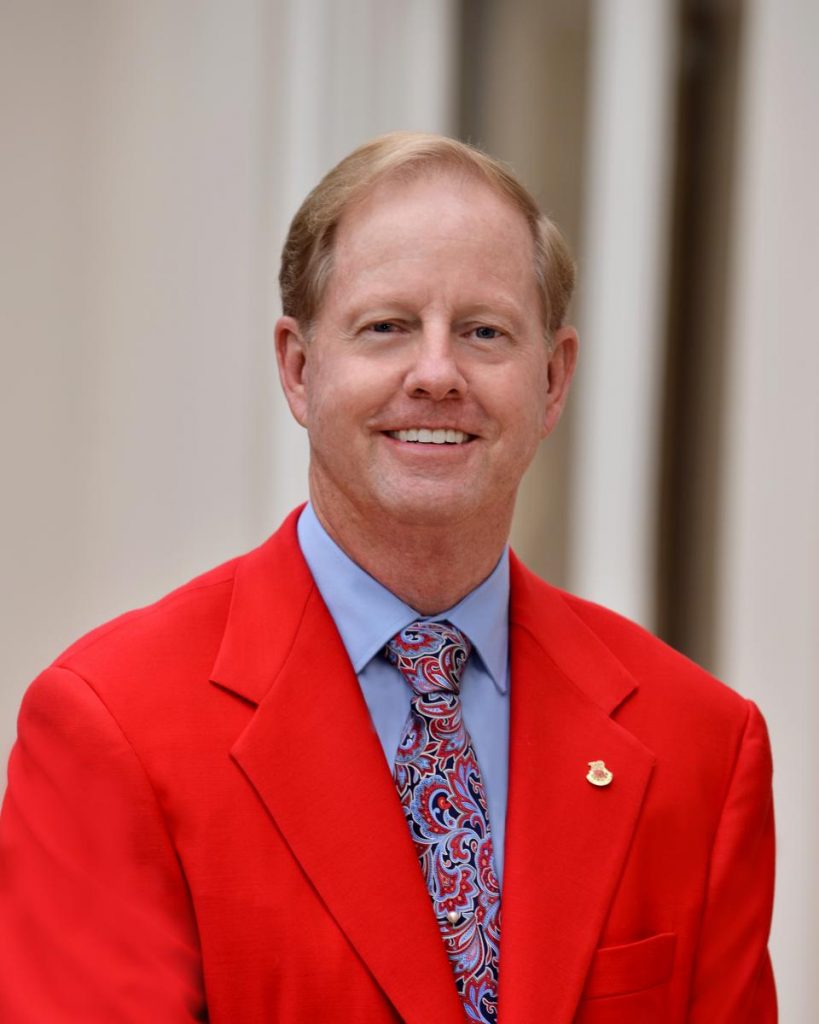 Pasadena, CA. (Jan. 19, 2017) – This evening, the Pasadena Tournament of Roses® Board of Directors confirmed Lance Tibbet as President for the 2017–2018 Tournament of Roses year. Tibbet will provide leadership for the 129th Rose Parade® presented by Honda and the College Football Semifinal at the Rose Bowl Game® presented by Northwestern Mutual on Monday, January 1, 2018.

Tibbet announced, “Making a Difference” as the Pasadena Tournament of Roses theme to encourage creativity in float entries, marching bands, and equestrian participants. “The 2018 theme, ‘Making a Difference,’ is a way to honor and celebrate all of the people in our communities, who quietly and without desire for reward or recognition, act in selfless, generous and kind ways to aid or benefit others.” shared Tibbet. “It’s about the human acts of kindness that enrich the lives of others and are the source of inspiration, hope, joy, and optimism for all of us.”

Tibbet has been a volunteer member of the Pasadena Tournament of Roses since 1980. He was appointed a Committee Chair in 2001, a Director in 2004 and was elected to the Executive Committee in 2010.

Tibbet has shown his commitment to volunteering serving as Chair on various committees including Budget and Finance, Governance and Personnel, Equestrian, Kickoff Events/Hall of Fame, Parade Operations, Post Parade and Queen & Court. He also served on the Pasadena Tournament of Roses Foundation as chair of its Audit Committee.

Professionally, Tibbet is a partner and vice president of operations at Magic Growers Inc., a wholesale nursery located in Pasadena specializing in growing “California Appropriate” flowering Mediterranean and perennial plants for the retail nursery and landscape trades. In addition to his many years of service in the Tournament of Roses, Tibbet is a current member of the Pasadena Optimist Club, and a board member of the San Gabriel Valley Chapter of NOBLE, and the USS Pasadena (SSN 752) Foundation. He has also served as president of the Pasadena Optimist Club, and president and board member of the Nursery Growers Association of California (NGA). Tibbet served on the NGA’s Water Issues and Political Action committees was a member of the California Association of Nurserymen and has been active in scouting in Pasadena through a variety of leadership roles at both the Cub and Boy Scout levels.

Tibbet was born in Pasadena, California and graduated from Pasadena High School. He earned a degree in Laser Electro-Optics from Pasadena City College and attended California Polytechnic University at Pomona’s schools of Ornamental Horticulture and Electrical Engineering. He and his wife, Amelia, reside in Pasadena and have two adult sons, Seth, who works in the theming industry creating a visual look or feel for events, displays, films and interactive experiences, and Joel, who is the third generation of the Tibbet family to join the Tournament of Roses, and will be starting his fifth year as a volunteer member. Lance Tibbet follows in the footsteps of his father, Bert M. Tibbet, a retired 24-year Tournament of Roses member.