A record 50 players who have played in or were on a roster for a team that played in a Rose Bowl Game were selected in the 2021 NFL Draft. 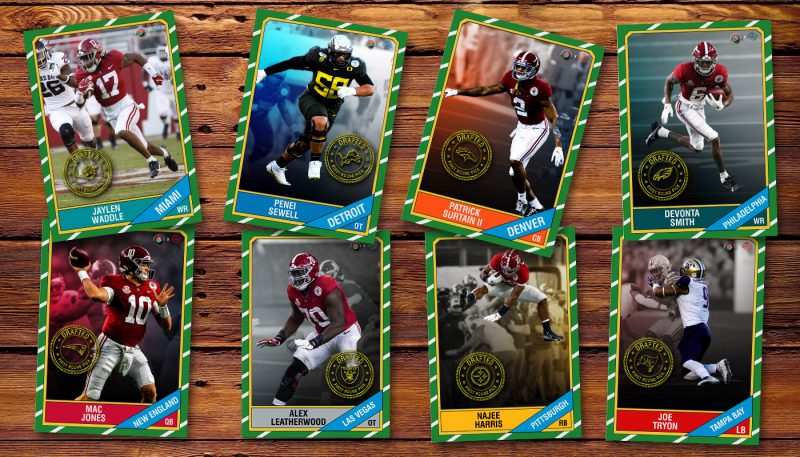 That number was buoyed by Alabama and Ohio State, who had led all schools with 10 players drafted. Closely behind were Notre Dame and Georgia, with eight players drafted from each school.

Alabama tied a modern draft record with six first-round picks. In total, eight Rose Bowl Game alums were selected in the first round. Here is the breakdown of picks by round:

Some key drafted players from recent Rose Bowl Game history include the 2021 Offensive and Defensive Players of the Game, Alabama wide receiver DeVonta Smith and corner back Patrick Surtain II, as well as the 2020 Defensive Player of the Game, safety Brady Breeze from Oregon.

Of the 32 NFL franchises, 27 selected a player who has been a part of America’s New Year’s Celebration. The Carolina Panthers led the way with four selections, followed by a cluster of teams who picked three players: Baltimore, Cleveland, Denver, Detroit, Miami, Pittsburgh, San Francisco, and Tennessee.

See the entire list of players drafted, by school, below.

*indicates more players from the school were selected, but they weren’t on the roster at the time the team played in the Rose Bowl Game.
^Trey Sermon played for Oklahoma in the 2018 College Football Playoff Semifinal at the Rose Bowl Game, but transferred to Ohio State and was drafted as a Buckeye.