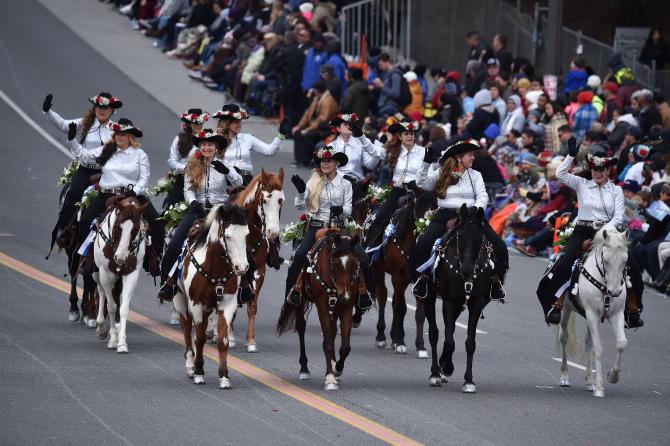 Equestrians participating in the Rose Parade showcase a variety of breeds as well as unique tack and costumes. All riders must have previous parade riding experience. In addition to riding in the five and a half mile-long Rose Parade route on Monday, January 1, these equestrian groups are invited to take part in Equestfest presented by Wells Fargo, which will take place on Friday, December 29, 2017, at the Los Angeles Equestrian Center. During Equestfest, groups perform trick riding, drills, dancing and roping skills, and attendees can walk through the stables and speak with the riders.