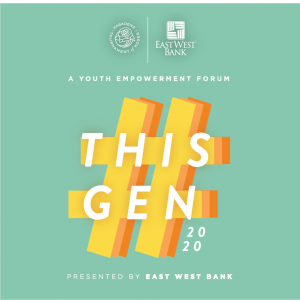 We have been working closely with the City of Pasadena for the latest information regarding Coronavirus, as well as our event host, Caltech. Based on those conversations, we have decided to postpone the #ThisGen2020: Youth Empowerment Forum.

Our number one priority is the health and well-being of all our guests, participants, volunteers and staff; therefore, we will be working to identify a new date this fall.

During his 6 years in the NFL, Ramses’ 2011 NY Giants team won Super Bowl XLVI(46), making him a World Champion. In 2012, he along with running-back Andre Brown, set a franchise record as the only duo to each amass 100 Yards of offense in a starting debut. Ramses played with the Buffalo Bills and Jacksonville Jaguars, before deciding to retire his NFL jersey in 2014. He became an activist and travels as a motivational speaker in wellness and community development. Ramses currently teaches Physical Education and leads Flintridge Prep Boys Basketball in his debut season as Varsity Head Coach.

As a husband to Felicia Gomez and father to Myles Massaíì Barden, Ramses is motivated by family and continues to design team-building curricula, consult for various youth and professional organizations, as well as coach football and basketball for college-bound student athletes at the prep level.

In 2011, after winning three Emmy Awards for Outstanding Drama Series Writing Team, as well as the Writers’ Guild of America Award for Outstanding Writing in a Daytime Drama (2011).

Tom Casiello became a writer/director for World Wrestling Entertainment. In 2015, he became WWE’s Managing Lead Writer, overseeing the writing teams and storytelling for their entire televised line-up, totaling over 600 hours of original televised programming a year. During this time, Casiello was an advocate for the WWE Women’s Division, fighting for gender equality within the company. In 2016, his WWE career culminated with the Women’s Division featured in the Main Event for the first time in the company’s seventy-year history.

He was also the Head Writer for “Six Minutes”, a family-friendly scripted podcast with over twenty million downloads from 2017-2019. Six Minutes is still being used in classrooms all over the country as part of a listening comprehension curriculum. Currently, he is the Writer for Apex Legends, one of the biggest multiplayer video games in the world, with almost seventy million players worldwide. He oversees the game’s lore, as well as co-writes all of their novelizations, comic books, and animated shorts.

He resides in Los Angeles, California. 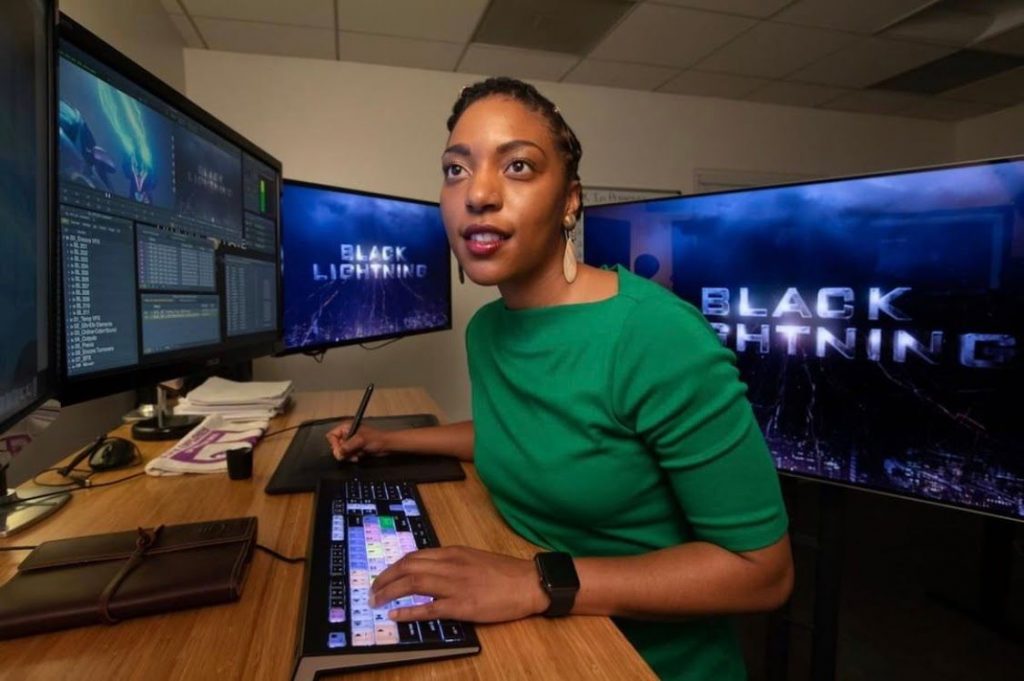 Anedra Edwards is the Visual Effects Editor for the CW Network’s DC Comics television drama Black Lightning. As part of the post-production crew for seasons 1, 2 and 3, her role with the series includes managing over 1,800 visual effects shots used during the show and handling the technical details of the visual effects developed by the show’s editorial team.

She has over 10 years of film and television experience in both scripted and non-scripted content.

Her editorial experience has been with major companies including Netflix, HBO, BET, National Geographic Channel, Discovery Channel, and NBC. While an undergraduate student, Anedra worked as a Production Assistant for multiple BET programs including The Bobby Jones Gospel Show, the 2010 Black Girls Rock Awards Show , and the 2010 BET Honors . As a part of her bachelor’s degree program in International Business and Management at Dickinson College, she completed a semester in Shanghai, China.

Anedra currently lives in Los Angeles and is a member of the Motion Picture Editors Guild. She continues to climb the Hollywood ladder to become a lead editor for major scripted content for both television and streaming. 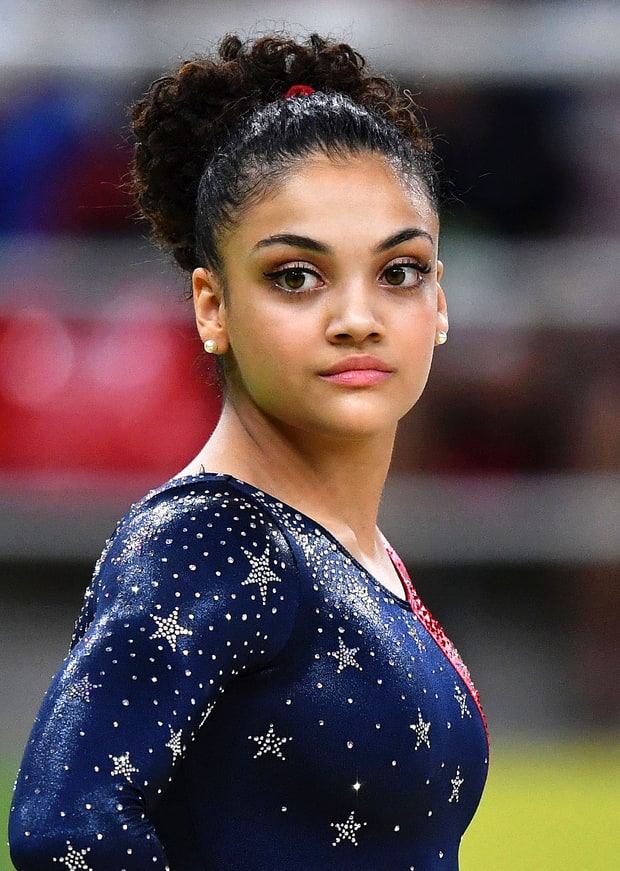 Laurie Hernandez earned Olympic Gold and Silver medals as a member of the 2016 U.S. Olympic Women’s Gymnastics Team. Laurie is a second generation American, her grandparents are Puerto Rican, making her the first U.S. born Latina to make the U.S. team since 1984. Following her win at the Summer Olympics, she earned another title, champion on ABC’s Dancing with the Stars. In 2017, Laurie became an inductee into the USA Gymnastics Hall of Fame and was recognized as the 2018 Nickelodeon Kids Choice Sports Biggest Kid. Most recently, Laurie served as a cohost of America Ninja Warrior Junior, and as the voice of Valeria on Nickelodeon’s Middle School Moguls. Laurie is the author of two books; “I Got This: To Gold and Beyond” chronicling her journey thus far and a children’s picture book “She’s Got This,” each appearing on the New York Times Best Sellers list. When not in the gym, Laurie serves as Global Ambassador for Stomp Out bullying and travels the country inspiring young gymnasts and speaks to the next generation about following your dreams. Laurie will go for the gold again at the 2020 Olympic Games in Tokyo.

Dr. Cynthia Hunt is the Assistant Vice-President for Development at GMTO, formally known as the Giant Magellan Telescope Corporation. Cindy joins GMTO from the Carnegie Institution for Science, a GMT Founder institution. Cindy has an AB in Physics from the University of Chicago and an MS and Ph.D. in Materials Science from the California Institute of Technology. For her thesis, she worked in cosmology, developing sub-millimeter detectors for cosmic microwave background experiments with NASA’s Jet Propulsion Laboratory. To detect this oldest radiation in the universe, Cindy helped develop detectors that were cooled down to almost absolute zero and then flown on balloons around the South Pole. (One of these detectors is now on display at the Smithsonian Air & Space Museum in Washington D.C.)

When asked what advice she would give to someone thinking about pursuing the same career she says, “the most important part of the job is being able to listen. You’ll have to get at the core of what someone is passionate about, then find the right match to help them fulfill that passion.” With that, she encourages anyone interested in contributing to the future of astronomy by supporting GMT to get in touch. She would be more than happy to listen! 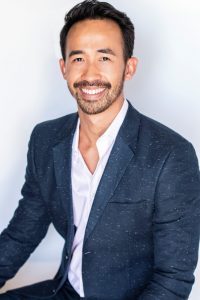 Before joining CBS, he received his MFA in Television Production at the USC School of Cinematic Arts and BA in English Literature at UC Berkeley. His previous work experience includes Creative Artists Agency (CAA), Sundance Institute, and Nickelodeon Animation Studios.

Curiosity, community, and impact. Those are the three things driving Brinda Penmetsa in her professional and personal life. In 2015 Brinda became the first Resolution Project fellow from Texas as she was led a team of motivated students in launching the Campus Kitchen at the University of Houston. Through this work, Brinda became a passionate advocate against food waste and hunger.

Originally from Houston, Texas, she has experience in community engagement and currently serves as a mentor for the Clinton Global Initiative University. In 2019 she was recognized as the Most Impactful Volunteer in North America by Capgemini for her work in the Dallas-Fort Worth community where she currently resides. 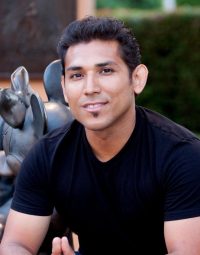 Jose Zelaya is currently the lead character designer for Disney’s “The Lion Guard” which continues the epic storytelling of “The Lion King.” Zelaya also concurrently works as a character designer on Disney Junior’s ” Mickey and the Roadster Racers” among other projects now in development.

Zelaya earned a scholarship in animation from Crain/Royer Studios in Santa Monica, California. He then lead to further training at the Academy of Entertainment and Technology in Santa Monica as well as Gnomon School of Visual Effects Games and Animation in Hollywoood, California. 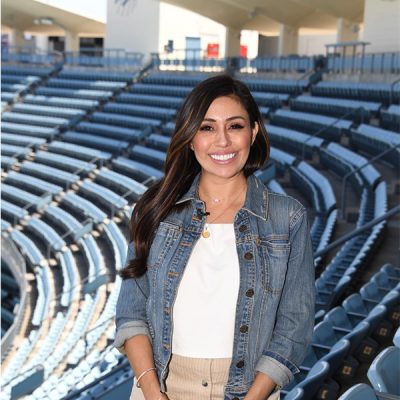 Jess Rosales is a sports reporter and entertainment host as seen on FS1, HBO Latino, ESPN Deportes, TVG and an in-arena host for the Los Angeles Dodgers and Rose Bowl Game. A graduate of California State University, Jess has been in the reporting industry for over 10 years.

The half-day program will begin in the late morning and feature multiple speaker panels that include industry innovators, talented artists, writers, athletes and more. Attendees will hear from panelists, learning from stories and experiences, in a moderated discussion that will also include a question and answer session.

The event will also feature opportunities to mix and mingle with panelists, community leaders, and other event attendees. #ThisGen aims to not only inspire the next generation of leaders but to also provide a great opportunity for networking.

Admission is complimentary for high school and college-aged students. Each attendee will also receive breakfast, lunch and a #ThisGen gift bag.

The half-day event is designed to engage youth in the Southern California community and empower them for the future. Join us in this interactive forum as we showcase a diverse group of speakers, giving attendees the opportunity to learn about breaking barriers, overcoming obstacles, and following their passions and dreams. At #ThisGen, attendees will leave feeling inspired to be courageous, confident and intentional with the choices that impact their lives.

Where will #ThisGen take place?

#ThisGen on Saturday, March 28, will take place at Beckman Auditorium at Caltech (California Institute of Technology).

#ThisGen is a ticketed event, open to all high school and college-aged youth. The event seating, amenities, and conversation topics are focused toward this specific age group. Please contact our office with any questions.

How much does it cost to attend #ThisGen?

Registration is complimentary for all high school and college-age guests.

Yes, we will make every attempt to accommodate all students. For accessibility information or to request an accommodation please contact (626) 817-9326 or events@tournamentofroses.com. Providing at least 72 hour notice prior to the meeting will help ensure availability.

Will food be provided?

What is the schedule of #ThisGen?

On Saturday, March 28, registered guests will enjoy the half-day event in Pasadena, which includes three panel discussions, a gift bag and complimentary food and beverage. Check in starts at 9:30 AM PST, with the first panel starting at 10:20 AM PST. A full-length schedule will be available on our website.

Yes, complimentary parking is available at Caltech. A map of all parking options will be provided to registered guests, in advance of the event.

I have another question that’s not answered here. What do I do?

Send us an email at events@tournamentofroses.com.