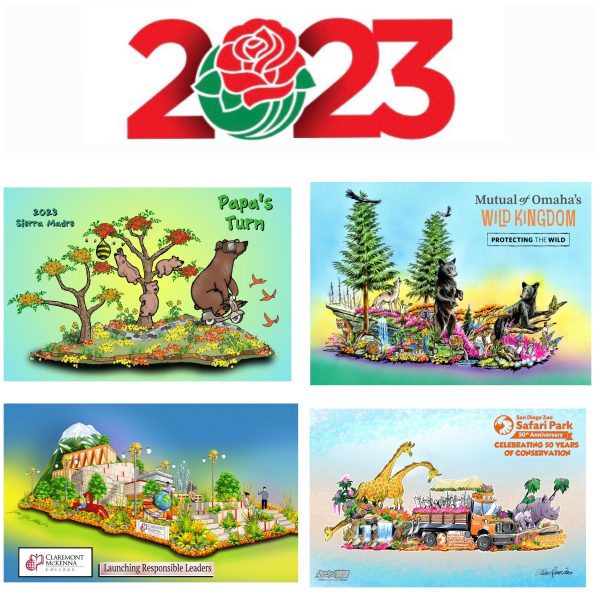 PASADENA, Calif. (November 3, 2022) – As the Pasadena Tournament of Roses prepares for the 134th Rose Parade presented by Honda, we are excited to offer the second in a series of sneak previews of floral float entries that reveal the colorful and creative spectacle that awaits streetside and to the worldwide broadcast audiences on Monday, January 2, 2023 – only 59 days away!

The four float concepts range from whimsical to realistic to heartfelt, reflecting the range of spectacular, supersized stories that have been embraced for generations. They are among dozens of commercial, non-commercial and self-built floats that will make the 5 ½ mile procession along Pasadena’s historic Colorado Boulevard, entertaining millions of streetside and broadcast viewers from across the country and around the world. 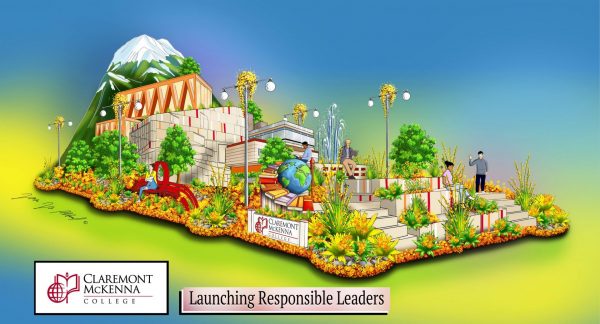 Located right here in Southern California, Claremont McKenna College (CMC)’s mission is to educate students for thoughtful and productive lives and develop future generations of responsible leaders in business, government and the professions. Built by Fiesta Parade Floats, CMC’s entry honors its 75th anniversary by highlighting the importance of leadership in higher education. Elements include iconic campus landmarks, the College’s renowned Public Art Program, student leaders and Southern California landscaping. The key symbol of the College’s book and globe highlights this private, liberal arts college’s commitment to global education that is reflected in its diverse student body and epitomized by student leaders riding and walking with the float. 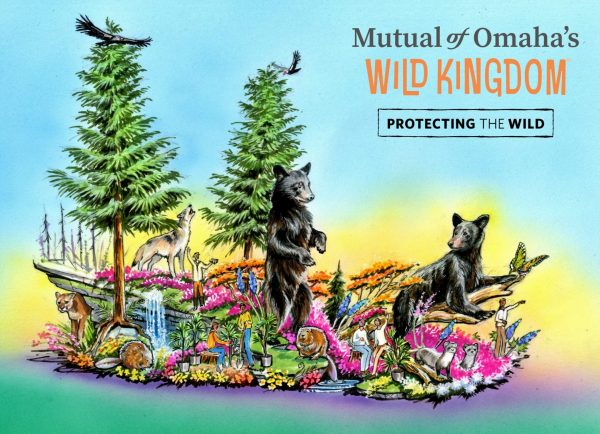 Do you hear a crescendo of brass?  Mutual of Omaha’s iconic “Wild Kingdom” anthem gives rise to a float celebrating its new series, “Mutual of Omaha’s Wild Kingdom Protecting the Wild,” debuting in January. This float is a showcase of conservation, featuring the story of two real bear cubs released back to the wild after being injured in a wildfire. Built-in stunning pops of color, the float raises awareness about the thousands of species on the brink of extinction. The brothers are joined by some of their endangered Pacific Northwest friends, including black-footed ferrets, beavers, wolves and a mountain lion perched near a real, flowing waterfall. Can you see the California condors soaring above the 23-foot-high Ponderosa pines? These bear cub brothers are a success, and there are more successes to be had with the vital animal, nature and habitat preservation work the new series spotlights. Riding the float is “Mutual of Omaha’s Wild Kingdom Protecting the Wild” host, Peter Gros, continuing the legacy of conservation with new generations after co-hosting the original series that started it all. 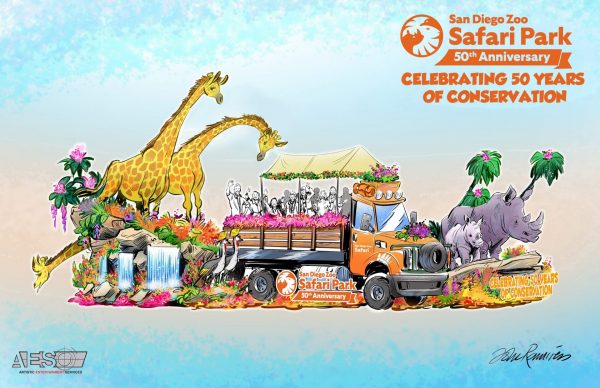 The San Diego Zoo Safari Park is celebrating its 50th anniversary – 50 years of conservation and creating immersive, one-of-a-kind experiences with beautiful, often endangered wildlife. The Safari Park’s 2023 float transports you to the Safari Park’s African savannah habitats and depicts the Safari Park’s iconic Wildlife Safari experience, bringing to life the Safari Park’s ability to connect guests with wildlife and create life-changing moments. Featured on the float is a large southern white rhino and her young calf, and 9-foot-tall Msituni, an 11-month-old giraffe, and her 15-foot parents. The young giraffe leans down for a drink of water where a pair of African crowned cranes stroll nearby. Meanwhile, Msituni’s mom and dad peek curiously into an open-air safari truck. The 10 riders include wildlife specialists, veterinarians and conservation scientists who have dedicated their lives to caring for animals at the Safari Park and around the globe. They are joined in their floral adventure by the Safari Park’s executive director, expert wildlife guides and the next generation of young conservationists. 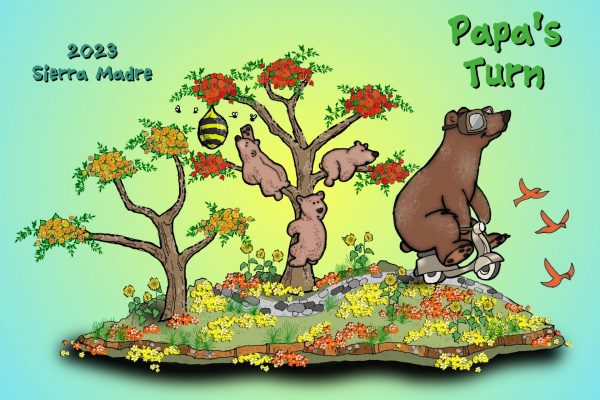 The self-built float of the Sierra Madre Rose Float Association is a whimsical portrayal of a bear family’s exciting day at the park — and it looks like while the cubs are getting into some mischief, it’s Papa’s Turn to get into a little mischief of his own. Two of his cubs watch from a nearby California oak tree as their Papa Bear careens his scooter past them into a flutter of scattering birds. Meanwhile, the little bears’ brother gets possibly a little too curious with a busy, buzzy beehive. New tomorrows and the joy of the outdoors are brought to life on this charming float brimming with palm bark, black caraway, sunflowers, gladiolas, birds of paradise, and a spectacular floral stream of blue and white hydrangeas. Papa Bear’s scooter is covered in silver leaf, while nine rose arrangements hang from the trees, which have been spectacularly hand carved. Don’t forget to look for the owl and squirrel hiding in the second tree, as they are, perhaps, a bit wary of getting in this ursine family’s way.

Join us on Monday, January 2, 2023, to experience the awe and wonder of the floats, bands and equestrian units of the 134th Rose Parade presented by Honda. The Tournament of Roses has had a “Never on Sunday” tradition since 1893, the first year the Rose Parade fell on a Sunday, and the tradition remains to this day. The 2023 Parade will be the 19th time it was held on a Monday.