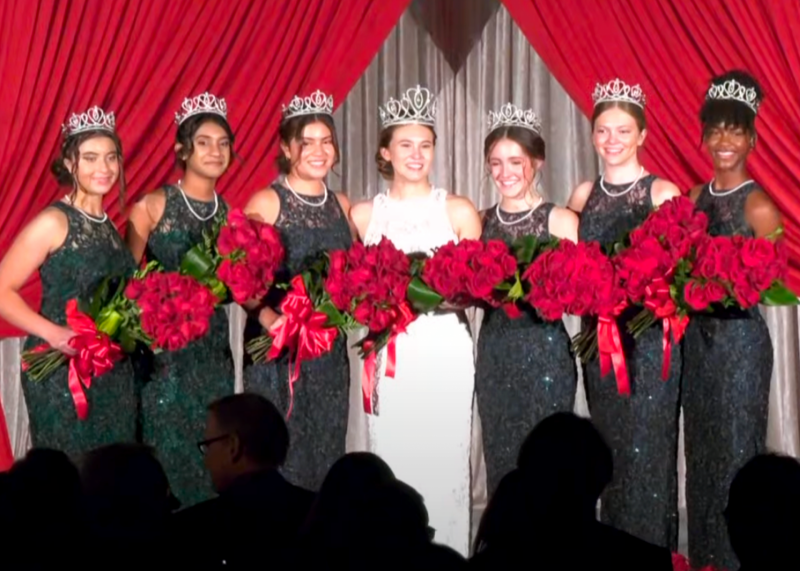 PASADENA, Calif. (October 25, 2022) – The Pasadena Tournament of Roses has named Bella Ballard as the 104th Rose Queen at the Announcement and Coronation ceremony presented by Citizens Business Bank. The event took place on the front steps of Tournament House and was hosted by Lu Parker, anchor at KTLA5.  The announcement was made by 2023 Tournament of Roses President Amy Wainscott and follows a month-long selection process with students from 30 Pasadena area schools participating in interviews. The Royal Court was selected based upon a combination of qualities, including public speaking ability, academic achievement, youth leadership, and community and school involvement.

Bella Ballard is a senior at The Ogburn School, a distance learning school, and lives in Altadena. She is currently a volunteer with Ronald McDonald House Charities, a volunteer soccer coach with Chelsea Football Club, a soccer player at Santa Clarita Blue Heat Football Club and West Coast Football Club, a street soccer player at Venice Beach Football Club and a tennis player at The Arroyo Seco and Flint Canyon Tennis Clubs. Bella enjoys reading, calligraphy, collecting vinyl records, playing chess and learning about astronomy and astrophysics. She will be attending Yale in the fall and is interested in studying economics, law and astrophysics. Bella is the daughter of Joseph and Angela Ballard and has a sister, Samantha.

The history of the Rose Queen goes back to 1905 when Hallie Woods was selected to ride in a horse-drawn carriage down Colorado Blvd.  Since then, Rose Queens have had a wide range of success. From May Sutton, queen in 1908, the first American player to win the singles title at Wimbledon, to the 2000 queen, Sophia Bush, an actor nominated for a People’s Choice award for her role on “Chicago P.D.”

Today, the 1940 Rose Queen, Margaret Huntley Main, is the longest living queen at 101 years old. From Northern California, she watched Bella Ballard be crowned live on the Tournament of Roses YouTube channel.

Join us to experience the awe and wonder of the floats, bands and equestrian units of the 134th Rose Parade presented by Honda and the Pac-12 and Big Ten matchup at the 109th Rose Bowl Game®.