The 2022 Rose Bowl Game will be the 108th edition of The Granddaddy of Them All and will feature a traditional matchup of the Big Ten against the Pac-12. 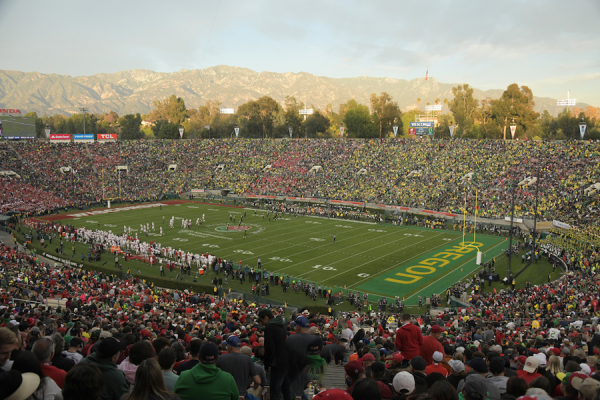 In both the Bowl Championship Series (BCS) and now in the CFP, if Pac-12 or Big Ten Conference Champion is selected to the National Championship or National Semifinals, that team is released to play in that game and the Tournament of Roses selects a replacement team.

Should a team from the Big Ten or Pac-12 be selected to play in the College Football Playoff, the Tournament of Roses will traditionally select the next-highest CFP-ranked team from that conference.

In addition to being a traditional matchup, the 108th Rose Bowl Game will also kickoff the Rose Bowl Stadium’s 16-month celebration of its 100th anniversary celebration.

The Rose Bowl Stadium was designed in 1921 and construction began in February 1922. The stadium was completed in October 1922 and hosted its first Granddaddy of Them All on January 1, 1923. Prior to playing the bowl game at the Rose Bowl Stadium, the Tournament of Roses East-West Football Game was played at Tournament Park, located on the campus of Cal Tech.

For more information on the celebration, visit RoseBowlStadium.com.