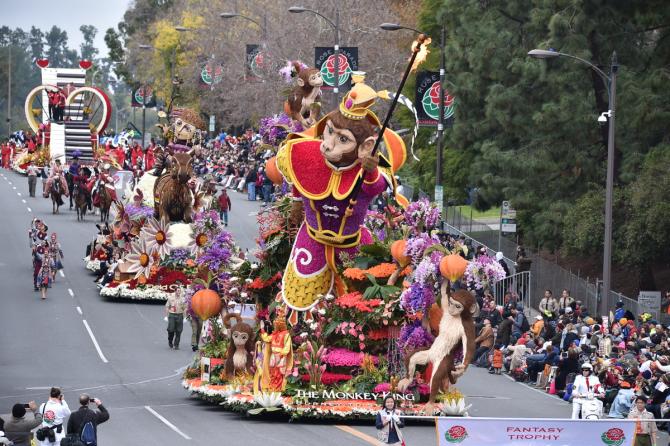 Pasadena, CA. (October 12, 2017) – The Pasadena Tournament of Roses® has announced the 39 float entries that will participate in the 129th Rose Parade presented by Honda, themed “Making A Difference,” on Monday, January 1, 2018.

The floats, listed with the builder, are alphabetical by participating company or organization:

Also included among the 39 units will be floats representing the two teams that will play in the College Football Semifinal at the 104th Rose Bowl Game® presented by Northwestern Mutual and the 2018 Royal Court float.

The Pasadena Tournament of Roses’ Float Entries Committee oversees the selection process for the floats, with the Executive Committee having final approval over all entries.